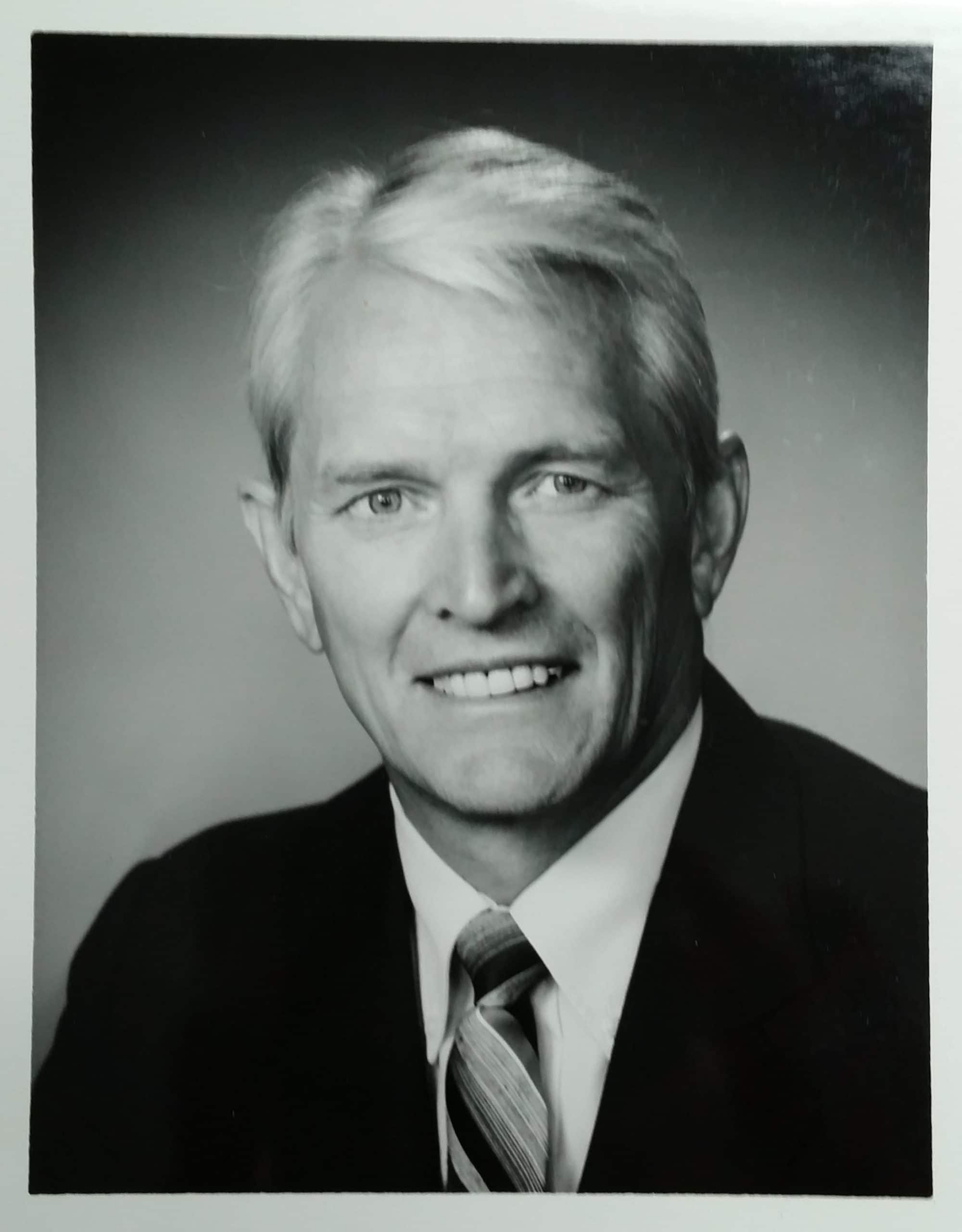 “On the road again….” William Leo Haugen “Bill”, 88 years old, is on the road again, the heavenly road, to meet his Lord and Savior. He left on June 14, 2020, and was reunited with his first wife, Judy; his second wife, Joanne; his beloved son, Paul, and two granddaughters, Rachel and Laurie. Bill was born on May 5, 1932, to Harry and Helen (Corrigan) Haugen in Eau Claire, Wisconsin. He attended St. Patrick’s Grade School and High School, graduating in 1950. Bill participated in a variety of activities: altar server, band, plays and operettas, public speaking, and was the representative to Badger Boys’ State. Under legendary Coach Marty Crowe, he lettered in football and basketball, and was inducted into the St. Patrick’s Hall of Fame in 2005. After high school, he attended St. John’s University in Collegeville, Minnesota, and because of his beautiful tenor voice, was invited to join a quartet called the Four Lads. The quartet traveled to various colleges, and they performed at St. Catherine’s College. It was here that he met Judy Branley, his future wife. Before they were married in 1953, Bill decided to fulfill his military obligation, and enlisted in the U.S. Air Force in 1951. He went to Lakeland U.S. Air Force Base in San Antonio and was honorably discharged in 1955 as an Airman 1st Class. Bill and Judy were married for 55 years, and their loving marriage welcomed four children: Mark (Janey); Paul (Kathy); Joel (Beth); and Lura (Ken). After San Antonio, the family relocated to Milwaukee, and Bill received a Bachelor of Science Degree in Business Administration in 1958 from Marquette University. Anxious to enjoy a warmer climate, they moved to AZ in 1959. His occupations included: a realtor for O’Malley’s; Vice-President for Valley National Bank; and the CFO for Sterling Enterprises, Inc. Bill absolutely fell in love with Arizona, and continuously explored all the back trails by horseback, the lakes with his boat, and all the natural beauty by hiking and camping. He was really a cowboy disguised as a banker. Bill was an active and dedicated member of St. Theresa’s Parish, and served as President of the St. Vincent de Paul Society, and completed a Cursillo retreat. With the example of his parents, his Catholic education, and the influence of many priests and sisters, Bill openly embraced the Catholic faith, and depended on God his entire life. In 2011, he married Joanne Naccarato, and together they continued to practice their faith and explore Arizona. Bill was a member of the Rotary Club, the Scottsdale Charros, the “Lunch Bunch” of Mags Ham Bun, the Gerard Booster Club, and President of the Roosevelt Rough Riders from 1998-2000.

In addition to his parents, his wives, his son, and two granddaughters, Bill was preceded in death by his brother, Donald (Joanne) Haugen, sister, Helen Seyer (Henry), and brother-in-law, Reidar Gabrielson.

He was a loving husband, a devoted father, and extended compassion to friends and strangers alike. Faith, family, and friends were his guideposts; his idols were his father and John Wayne. Bill’s courage in facing indescribable tragedy, his failing health, and the isolation of Covid-19 was inspiring to all who knew him.  It’s the end of this road, Bill; another one is just beginning.  “Get on the road again………”

In lieu of flowers please make a donation in Bill’s memory to the St. Theresa Parish Conference of St. Vincent de Paul. Visitation will be from 5-7:00 p.m. with a Rosary held at 7:00 p.m. on Friday, June 19, 2020 at Whitney & Murphy Funeral Home, 4800 E. Indian School Road, Phoenix. A Funeral Mass will be celebrated at 10:30 a.m. on Saturday, June 20, 2020 at St. Theresa Catholic Church, 5045 E. Thomas Road, Phoenix. Interment with Military Honors will take place immediately following the Mass at St. Francis Cemetery. Condolences and Hugs from Home may be expressed at www.whitneymurphyfuneralhome.com

Offer Hugs From Home Condolence for the family of HAUGEN, WILLIAM LEO