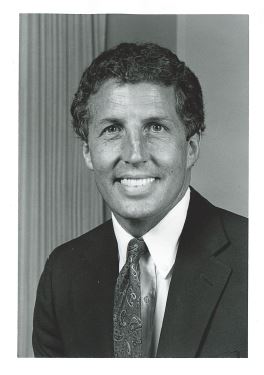 William Shepard Hawgood II was born on July 20, 1941, the son of William S. Hawgood and Suzanne G. Hawgood. He passed away on April 23, 2018, and is survived by his treasured family, including wife Theresa, daughter Megan (and husband Stephen), son Jonathan (and wife Lucie), stepson Joshua, grandchildren Christopher, Ana, William, Annelise and Gabrielle, brother Grant (and wife Nancy), brother Lary, and nine nieces and nephews (as well as their respective spouses and their twenty-one children). His sister Lynn Hawgood Lust (husband David Lust surviving) died in 1994. Thomas and Mary Ann Hawgood, Bill’s great, great grandparents and their three small children immigrated to America from Pembrokeshire, Wales in 1853 to escape severe downturns in the Welsh economy. Their son, Henry Allen Hawgood (Bill’s great grandfather) ultimately chose to leave their family farm to work in the Great Lakes steamship business based in Cleveland, Ohio. It was in Cleveland that Henry Allen Hawgood would remain, along with his wife, Eliza, their son Harry B. Hawgood, and their grandsons William S. Hawgood (Bill’s father) and Henry A. Hawgood. Bill (aka “Chip”) was thus born in Cleveland and spent his growing up years in Northeast Ohio. He then attended Duke University (1959 to 1963), and the University of Michigan Law School (1963 to 1966). Following a one-year judicial clerkship, Bill entered private law practice in Arizona in 1967 and spent the entirety of his distinguished legal career with the Phoenix-based Streich Lang law firm. In addition to his law practice and his involvement in firm management, Bill served as President of the Seventh Step Foundation, chaired multiple YMCA Youth Programs designed to improve learning and academic achievement among inner-city students, and was selected to the initial Phoenix Valley Leadership class. Bill also served as President and Chairman of the Board of the Phoenix Montessori School, as Chairman of the Board of the Phoenix and Valley of the Sun Convention and Visitors Bureau, as Chairman of the Board of the Arizona Town Hall, as Chairman of the Board of Phoenix Together, and as Vice-Chairman of the Phoenix Super Bowl XXX Host Committee. In addition to serving as a member of the Board of Planned Parenthood, Bill served for more than ten years on the Board of the Arizona Theatre Company, and for more than twenty years on the Board of the Liberty Wildlife Foundation. For over twenty years Bill served as a volunteer at Capitol Elementary School in Phoenix, teaching reading comprehension and critical thinking to elementary school students. A lover of sports and nature, an adventurist, and a fan of physical challenges, Bill pursued those interests with vigor throughout his life in many ways and in a wide variety of settings. He lived a very full, happy and rich life. To his family and friends, and to those whose paths he crossed, he would assuredly express his heartfelt appreciation and gratitude for a lifetime of exceptional memories. Services will be limited to family members, in accordance with Bill’s wishes.

Offer Hugs From Home Condolence for the family of HAWGOOD, WILLIAM SHEPARD II