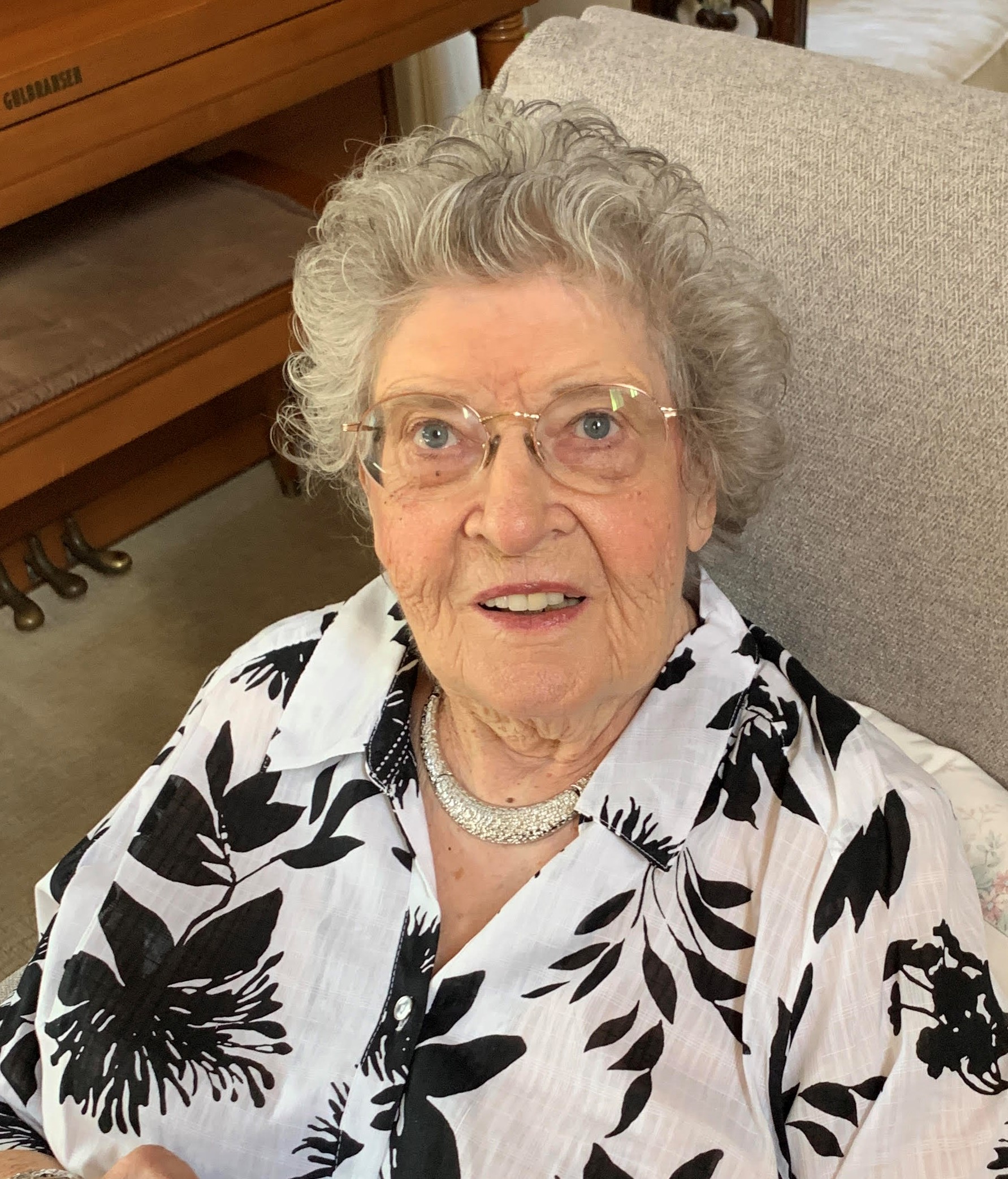 Leona Theresa Hawking, 90, passed away on January 7, 2020 at her home in Phoenix.
Leona (Gaspar) Hawking was born July 22, 1929 to Joseph Lambert Gaspar and Anna Elizabeth Wieseler in Howell Township, South Dakota. The youngest of ten children, she was baptized July 28, 1929 at St. Liborius Catholic Church, in Polo, South Dakota. Leona attended school in Polo until 1938, when the family moved to a farm near Dell Rapids, South Dakota. Known by the nickname “Onie” to her brothers and sisters, she completed grade school in nearby Huntimer and went on to graduate from Chester High School.
Leona graduated with a degree in Music from Alverno College, Milwaukee. She married Eugene “Gene” Austin Hawking on October 11, 1969 in Aurora, Illinois, a suburb of Chicago. She and Gene made their home in nearby Montgomery, Illinois, where they raised their son, William. Lee taught music in the Aurora School District until she and Gene retired to Phoenix, Arizona in 1988 and then later moved to Sun City. In 2012, Lee moved to the Biltmore area of Phoenix, living next door to her son, William, and his partner, Ryan.
Lee was a kind and caring woman who loved her family, music, flowers and pets (dogs in particular). She took great comfort in her strong Catholic faith, serving as a communion minister at Ss. Simon and Jude in Phoenix, St. Elizabeth Seton in Sun City, and for those confined to their homes. In retirement, she was a volunteer for Seniors Helping Seniors and Baptist Hospital. Lee supported various charities, in particular The Society of the Little Flower, the Franciscan Friars of the Atonement, and St. Jude Children’s Research Hospital.
Quite the card shark, Lee loved playing rummy, pinochle and other card games with family and friends. She was a frequent visitor to the Arizona Biltmore Hotel, where she enjoyed socializing with friends and neighbors, and liked to tell people how she and the hotel were the same age.
She was preceded in death by her husband Gene; parents Joseph and Anna; siblings Renata “Nettie” Huwe, Raymond Gaspar, Isadore Gaspar, Leo “Sam” Gaspar, Mary Konz, Michael “Mike” Gaspar, Florence Coyle, and recently Harry Gaspar.
Leona is survived by her son, William Hawking, Will’s partner Ryan Krostue, Lee’s sister Magdalen “Matt” Siemonsma, her sisters-in-law Lois Gaspar and Fayola Gaspar, and her beloved rescue dog, Sweet Pea.
We would like to thank caregivers Gloria Lebario and Tania Tantana, and eucharistic minister Madeleine Howard, who provided friendship, physical and spiritual support to Lee, most especially in her final days.
A Funeral Mass will be held at 10:00 am on Friday, January 10, 2020 at St. Thomas the Apostle Catholic Church, 2312 East Campbell Ave, Phoenix, Arizona. A reception will follow at Noon at the Arizona Biltmore Hotel.
Along with her husband, Leona’s remains will be interred at Mount Olivet Cemetery in Aurora, Illinois.

Offer Hugs From Home Condolence for the family of HAWKING, LEONA THERESA