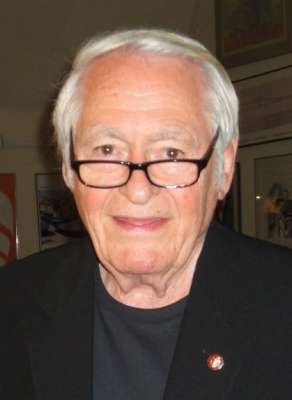 Age 82, passed away on September 4, 2015 in Phoenix, Arizona. Jasper was born in Orange, New Jersey on November 10, 1932 and spent most of his life in California and Arizona. In fact, he lived almost half of his life here in Arizona (38 years).

He knew at a very young age that he wanted to be an architect and graduated from the School of Architecture at the University of Southern California in 1955. He was truly a Half-Century Trojan and loved every minute of his association with the University. On the local level, he chaired USC’s Scholarship Committee for years, always there to help students navigate their way through the process.

He began his architectural practice in 1958 and it continued through most of his life. He always had some aspect of architecture or planning going on up until the end.   In 1976, he became a Fellow of the American Institute of Architecture – which humbled him immensely.

His architectural practice enabled him to design and build beautiful buildings, live performance theatres, gorgeous planned communities and publicly used buildings. He loved being an architect. When asked what he was the proudest of in an interview right before he died, he said it was being an “Architect”.

And as an architect, he made a difference – not just in design and building, but also from the life safety and codes and standards side of the profession. His sensitivity to issues like those brought him to Arizona to work with Del Webb himself on many aspects of Sun City’s master plan and the design of public use facilities, including the Sundome Center for the Performing Arts and the Lakes Club, not to mention Rec centers and other facilities.

Jasper’s natural tendency towards public service gave him opportunities to serve his country in many capacities:

Appointed by President Gerald Ford to the Founding Board of the National Institute of Building Sciences (NIBS) – where he also served as Chairman.

Appointed by President Ronald Reagan to the President’s Commission on Housing.

Appointed by Secretary of Commerce Juanita Krebs to the National Fire Academy Founding Board of Regents.

Locally, he was constantly working on community issues and served the City of Phoenix in many capacities as a member of various committees and commissions. He was dedicated to finding the balance in Neighborhood Preservation and Planning and Development. He worked endless hours with colleagues, always there to lend his expertise to anyone who needed it. He was seen constantly at City Hall, Council Meetings, Planning and Development Meetings. Up until his death, he was still working on planning issues related to the City of Phoenix.

He also was an elected Precinct Committeeman from his Legislative District 28 and was committed to supporting the electoral process.

This was not an idle man. He served on his local homeowners board, was President of the Arizona Biltmore Estates Village Association; was a member of the Camelback East Village Planning committee – to name a few of his past local activities.

On a personal note, he had a passion for Jazz and was a member of the Board of Directors of Jazz in Arizona for many years. He truly felt that jazz was good for the soul and for those who knew and loved him, we are convinced he has joined many of the jazz performers he loved the most on that cloud in heaven.

military and world history, current events, political commentaries, astronomy, science, environmental concerns and even some fiction from time to time.

He will be missed immensely. He is survived by his loving wife Patricia; 4 children – William Hawkins (Francine);

Due to his wishes, no services will be held as he celebrated his 80th Birthday with a Jazz Tribute that he deemed was his funeral to enjoy…and that he did, surrounded by some of the best jazz performers in the Valley.

In lieu of flowers, donations may be made to one of the following or to a charity of your choice: Hospice of the Valley, 1510 E. Flower Street, Phoenix, AZ 85014