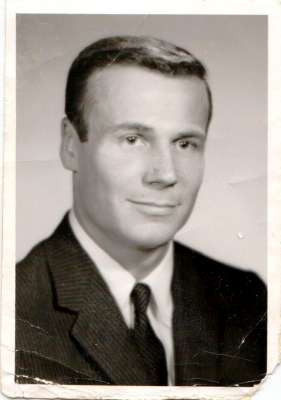 Dr. Paul A. Hayes, age 83, passed peacefully surrounded by his family in his home in Paradise Valley, AZ.  He was born in Aberdeen, South Dakota, graduated from the University of Minnesota in Oral and Maxillofacial Surgery in 1960. It was there that he met his wife, Betty, of 55 years. After marrying, Paul served in the US Army 10th Evacuation Hospital stationed in Wurzburg, Germany.  In 1962, they moved to Arizona. He was the first Board Certified Oral Surgeon to practice in Arizona. His clinic was open for 48 years in downtown Phoenix. Paul was an avid pilot, flying cross-country or down to Mexico with Betty. He enjoyed spending time with family, sailing, skiing, and hunting. Paul’s keen wit and sense of humor was a source of joy to all those who knew him and was surpassed only by his passion for being a storyteller. He was a beloved father who guided, taught and empowered his children and grandchildren. He knew His God and Savior Jesus Christ and willingly shared and showed this to be true in his life both by word and deed. He is survived by his wife Betty, his four children, Lynn (Dr. John de Guzman), Stewart (Sabrina), Marilyn, Roger Beard, seven grandchildren, and his brother Richard Hayes.  Preceding him in death were his parents, Ralph and Helen Hayes, brothers Jack and Don, and sister Dorothy. A Memorial Service will be held at Camelback Bible Church, Thursday, July 16th, 2015 at 10:30 am. In lieu of flowers, donations may be made to Camelback Bible Church, 3900 E. Stanford Drive, Paradise Valley, AZ 85253; ARCS Foundation, Inc. Phoenix Chapter, 3104 E. Camelback Road, PMB 975, Phx., AZ 85016; Hospice of the Valley, 1510 E. Flower Street, Phx, AZ 85014.

Offer Hugs From Home Condolence for the family of HAYES, PAUL A.