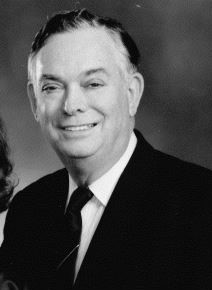 Dr. John Phillip Heileman passed away on September 25, 2018. John, (Jack) was born on February 2, 1930, at the original St. Joseph’s Hospital on Polk Street in Phoenix, Arizona, to Leo and Rose Murphy Heileman. He attended ASU with a scholarship from Phelps-Dodge, graduating in 1951 with a B.S. in Chemistry. At ASU, he received the Moeur Award for the highest grade-average in the university. John attended the Stritch School of Medicine at Loyola University from 1951-1955, receiving an M.D. Post-graduate training was at the U.S. Naval School of Aviation Medicine in 1956 at the U.S. Naval Hospital in Great Lakes, IL. He then completed residences in Internal Medicine at Chicago’s Cook County Hospital and the Veteran’s Research Hospital. During this time, he received a Fellowship in Endocrinology & Metabolic Diseases.

From 1955-1958, John served in active duty with the U.S. Navy as a Flight surgeon, ranking LCDR for the final two years. Certified by the AMA in Internal Medicine in 1964 and in Endocrinology Associates, P.A. was opened in 1962, with the help from his new wife, Ann O’Hara Heileman, a nurse he met while working in Chicago. He served the Phoenix community as a practicing physician for 35 years in endocrinology and metabolic diseases, retiring in 1997.

John was generous with his knowledge and time to the local community. For numerous years he served as the Secretary for the Arizona Medical Association, president for the Arizona Diabetes Association, remained an active member of the board for the Arizona Kidney Foundation and a Fellow with the American College of Physicians. Following retirement, he spent years volunteering as a physician at St. Vincent de Paul’s medical clinic.

John was happiest when working with his patients and he was loved and respected in his field. He had a mischievous sense of humor which brought joy to his patients and everyone around him. A devoted husband and father, he is survived by his wife, Ann, four children: Jeanne, Jim, Denise (Jeffrey) Valder (children Helen, Katherine and Lauren), Matthew (Debi) Heileman (children Dylan and Shaun), his brothers, David and George and sister, Mary Hartman.

Visitation will be held on Thursday, October 4, 2018 from 9:00 A.M. – 9:45 A.M. with a Funeral Mass celebration at 10:00 A.M. at St. Theresa Catholic Church, 5045 E. Thomas Road, Phoenix. Interment will follow at St. Francis Catholic Cemetery. A reception to follow at St. Theresa Catholic Parish in the Fr. Feeney Hall. In lieu of flowers, donations are suggested to: National Kidney Foundation of Arizona at https://azkidney.org and Society of St. Vincent de Paul Medical Clinic at https://www.stvincentdepaul.net Condolences may be expressed at www.whitneymurphyfuneralhome.com

Offer Hugs From Home Condolence for the family of HEILEMAN M.D., JOHN PHILLIP