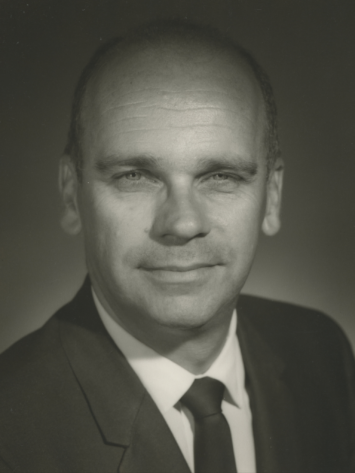 Preston Joseph Heinle, son of Carl Heinle and Grace Warren, was born at his childhood home on December 5, 1924 in Clarkdale, Arizona. Preston grew up in the small town of Clarkdale and was Clarkdale High School Valedictorian for the class of 1942. He moved to Tucson and earned a Bachelor’s Degree in Chemistry from the University of Arizona in 1947. He met his future wife, Margaret Parknavy, at a square dance and they married 6 months later on November 7, 1953 at Saint Thomas the Apostle Church in Phoenix, Arizona. Preston earned a living as a chemist at Motorola for 36 years while raising his four children in the Catholic faith. He served for 25 years as choir director at Saint Thomas the Apostle until converting to the Protestant faith in 1978. He is preceded in death by his beloved wife of 44 years. An intelligent, loving man, devoted husband who loved singing in various languages, reciting Ogden Nash poems, studying the Bible and science and having never said an unkind word about anyone. Preston is survived by his 4 children, Mary Anderson, Anna Rodriguez, Margie Messana and Andrew Heinle; by his 5 grandchildren, David Jacobs, Anthony Rodriguez, Genevieve Null, Vito Preston Messana and Matthew Messana; and 4 great-grandchildren. On May 4, 2017 at the age of 92, Preston came into the presence of his Lord and Savior Jesus Christ.  A Visitation will be held from 5-7 p.m., with a Funeral Service at 7 p.m., Friday, May 12, 2017 at Whitney & Murphy Funeral Home, 4800 E. Indian School Road, Phoenix

Offer Hugs From Home Condolence for the family of HEINLE, PRESTON JOSEPH