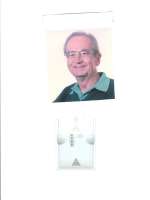 Don Heiple, 92, died peacefully on December 12 at home with his family. He was a graduate of St. Louis University; served as a Captain in the US Army in Chemical Warfare Service from 1941 to 1946 and he moved to Phoenix with his family in 1951. A real estate broker, President of Don Heiple & Associates, Red Carpet Realtors until 1988. His experience and expertise had been in all facets of Real Estate: commercial, residential, industrial, land investment and property management. His service to the Phoenix Board of Realtors had been as President and member of the Ethics, Education, and Professional Standards Committees. Furthering his interest in his profession, he served as Director of the Arizona State Board of Realtors. A true believer in giving back to the community and the Catholic Church he was an active member and President of the North Phoenix Lions Club, President of the Serra Club of Phoenix, President of Catholic Social Services, President of Catholic Charities of Phoenix and Tucson, a Grand Knight of Knights of Columbus and Chairman of the Maricopa County American Red Cross. He was an avid golfer and a long time member of both Moon Valley Country Club and Phoenix Country Club. In his retirement years when he wasn’t on the golf course, he was actively volunteering and supporting St. Vincent de Paul and was honored to be a Knight of Malta. He was truly a kind and gentle man, he lived his Faith and loved his family deeply. He will be missed by all. He is survived by his wife of 62 years, Mildred; 4 children, Pat Nochta (Jon), Tina Lockwood Stewart (Brent), John Heiple & Dave Heiple (Kathy) and preceded in death by his son Jim Heiple, all of Phoenix; a sister, Lois Wurst of Texas and 9 grandchildren and 5 great-grandchildren. A Visitation will be held from 5:00-8:00 pm, with a Rosary at 7:00 pm, Wednesday, December 16, 2009 at Whitney & Murphy Funeral Home, 4800 E. Indian School Road, Phoenix. Funeral Mass will be at 10:00 am, Thursday, December 17, 2009 at St. Francis Xavier Catholic Church, 4715 N. Central Avenue, Phoenix. In lieu of flowers, please send donations to St. Vincent de Paul, P. O. Box 13600, Phx., AZ 85002 or Hospice of the Valley, 1510 E. Flower St., Phx., AZ 85014

Offer Condolence for the family of HEIPLE, DON W