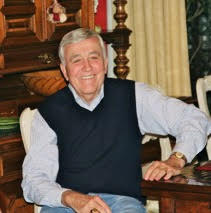 Ed Hendricks passed away peacefully on November 28, 2021. He was surrounded by his family during his final time in this life. He was born October 2, 1941, in Chicago, Illinois. He moved to Phoenix while he was in grade school. He attended Brophy College Preparatory for high school; University of Santa Clara for college; served in the armed forces as a military police officer; and attended U of A for law school. He was a trial lawyer from 1969 to 2010. He was an amazing attorney but an even better husband, father, brother, uncle and grandfather. He loved helping others and always put his family and others first.

In lieu of flowers, please donate in Ed’s memory to Huger Mercy Living Center – 2345 West Orangewood Avenue, Phoenix, AZ 85021 or Saint Vincent De Paul – PO Box 13600, Phoenix AZ 85002. The family is thankful for your thoughts and prayers. The family is holding a private service for Ed later this month.

Offer Hugs From Home Condolence for the family of HENDRICKS, ED