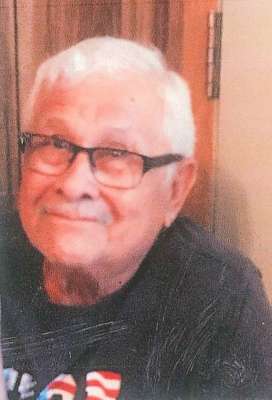 84 passed away February 15, 2017. He was born in Topeka, Kansas. Raised in Chicago, IL, Cruz served in the US Army from 1949 to 1953. During that period, Pvt. Hernandez served with the 1st Battalion, 21st Infantry Regiment and was assigned to Task Force Smith. Pvt. Hernandez was among the first of American Soldiers to fight in the Korean War. On May 30th, 1974 he enlisted in the AZ Army National Guard as a SP4. He was assigned to the HHD 1120th Quarter Master Battalion in Phoenix, AZ. After servicing 18 years SFC Hernandez became the Petroleum Operation Sergeant. SFC Hernandez retired after 21 years of distinguished military service. He has been the backbone of the Petroleum Operations Branch and HHD. He served in the Korean War and Desert Storm. He retired from the State of Arizona and worked part time with the Phoenix Suns and Arizona Diamondbacks as security up until October of 2016. Loving father of Chris (Sondra), Mike (Kathy), Jaime (Anita), Val (Patrick), 13 grandchildren and 10 great-grandchildren, brother Manuel and sisters Angie and Beatrice. He is preceded in death by his wife Nieves and brothers Emiliano and Peter. Visitation will be held from 5:00 – 8:00 P.M. with a Rosary at 7:00 P.M., Friday, February 24, 2017 at Whitney & Murphy Funeral Home, 4800 E. Indian School Road, Phoenix. Funeral Mass will be celebrated at 10:30 A.M., Saturday, February 25, 2017 at St. Agnes Catholic Church, 1954 N. 24th Street, Phoenix. Interment will follow at 12:00 Noon at St. Francis Catholic Cemetery, 2033 N. 48th Street, Phoenix.

Offer Hugs From Home Condolence for the family of HERNANDEZ, JR. CRUZ