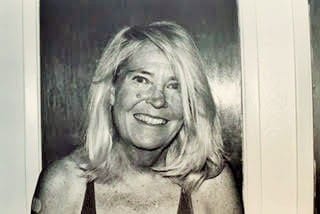 A true beam of light, Margaret Bailey Herrle, passed away on June 3, 2020. Her golden spirit dances on in her husband and best friend, Richard, her sons Dan and Nick, and her daughter, Stacey. Born in a family of eight, she will also be survived by brothers, Bill, Jim and Tom, and sisters, Mary, Patricia, Kathleen and Eleanor.
Margaret was born December 30, 1959 to parents, William and Mary Bailey in Pittsburgh, Pennsylvania. This is where she met the love of her life, Richard, at South Hills Country Club. She was a new waitress and he was a cook. The moment she laid eyes on him for the first time, she stated confidently in pure Margaret fashion, “I’m going to marry that guy one day.” Margaret always knew what she wanted, and she had the fiery drive to go get it. She was a believer and a dreamer.

She stuck to her word and married her partner in crime, Rick, on October 6, 1984. She then began her adventure of marriage and motherhood. She carried her tough as nails “Pittsburgh” personality throughout her entire life and carried her love and passion for Pittsburgh sports with her even when moving to Phoenix, Arizona in 1986. She lived by the mantra, “On ice or grass, Pittsburgh will kick your ass” and she bled black and gold. Margaret will forever be an honorary Pittsburgh Penguin, Steeler, and Pirate.

Margaret made the world a better place just by being herself. Her truly one-of-a-kind person and big heart will be greatly missed. She was a teacher of life– of embracing positivity and appreciating the simple things. With these pillars, she lived life to the fullest. She was an advocate for authenticity and a natural born entertainer and comedian. There wasn’t one room that didn’t light up when Margaret walked in. She was the funniest person without trying. Everything about her was a trademark. Her laugh that wouldn’t stop, that no one wanted to.

Her passion was to make others happy starting with her kids. She lived her life for them, to see them smile. She loved being a part of everything her kids were doing. Their friends were her best friends too. Margaret was the most fun-loving, charismatic mother. She was childlike and playful. She loved playing games like Pokemon, LegoRacers, and Woofaball with the kids and would get so competitive herself throughout the battles, races, and games. She was an epic storyteller and she turned even the simplest things into creative games for her kids– from the way she taught them to plant roses to building skate ramps out of anything she could find in the yard to various pool activities in the summer. Her imagination never stopped running. Her children’s friends never left her house with an empty stomach. She loved cooking and baking homemade meals and desserts from her famous “Fannie Farmer” cookbook. “Chicken and Peas,” Griddlecakes, and Oatmeal Chocolate-Chip Cookies were just a few of her classics. “You want another cookie?” was a staple in the Herrle household.

Margaret was a beautiful, multi-faceted artist. Her favorite hobbies were anything to do with music– dancing, singing, playing piano and guitar, painting flowers, drawing dragons and Pokemon characters. She also had a true talent and passion for writing whether it was a piece of poetry or a heartfelt note in a card to a relative. She enjoyed photography too and taking pictures on her old school film camera. She appreciated and embraced creativity every chance she could. It’s what made her happy.

She loved her rose garden and had the prettiest flowers on the block. She also loved animals. She had a dog and two cats that meant everything to her. Her grand fur-kid Ruarc, and fur-kids, Silver and Bentley, will miss her warmth every day.

Knowing Margaret was a gift. She had the most giving heart and a beautiful memory. Even if you met her once, you were blessed, because she cared for everyone instantly and remembered you. Her heart never ran out of room. She was strong and never did anything half-ass. She inspired everyone she met to be better, to give more, and to smile at life more. That driving force of light and happiness will only continue from her legacy.

Her light will never stop shining.

We love you, Margaret.

Offer Hugs From Home Condolence for the family of HERRLE, MARGARET BAILEY