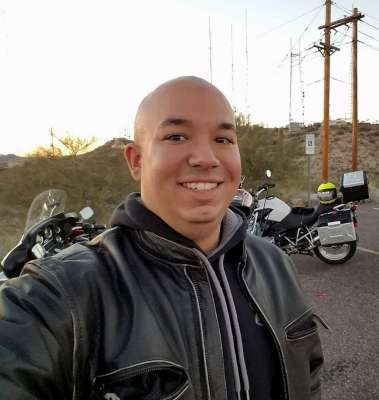 Dale Harlan Hess, Jr. a loving and caring soul was called home by his Creator far too soon. Though his path was brief, he built, nurtured, comforted, and created everlasting friendships. Junior moved from his hometown of Wilson, NY to Phoenix, AZ in August 2005.

He graduated from La Joya Community High School (Avondale) in 2009, then Arizona State University in 2014, with a Bachelor of Science in Communications. He joined Mass Mutual Financial Group after graduation, attaining Registered Life Insurance Supervisor. Little Dale would never fail in making everyone laugh with his quick wit. Junior embraced and enjoyed life.

He was always up for trying new adventures; hiking, golf, folk guitar, camping, riding motorcycles, target shooting, and enjoying the company of his friends and family. He loved computers, and gaming, and reading his Kindle. Dale was most excited with ordering from Amazon.com. He was a curious individual that loved learning and having a wide knowledge of many subjects. His kindness, selfless generosity, and eagerness to help were cherished gifts he’ll be revered for.

Dale Jr. was loved by many and leaves many more to mourn him including loving aunts, uncles, great-aunts and great-uncles. His enduring friendships of Alex Ortiz, Charley Neely, Joel Watson, Benny Carillos, Andy Sabey, Matt Mojeski, Dan Allen, and other friends in New York and Arizona.

We shall always be together in love.

A Celebration of Dale’s Life will be held in New York at a later date.

Offer Hugs From Home Condolence for the family of HESS, DALE HARLAN JR