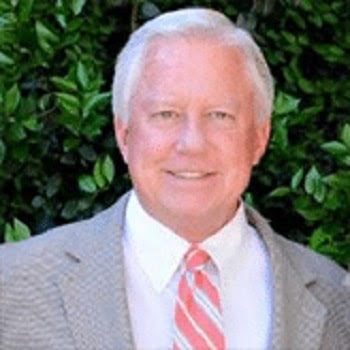 Mark Scott Hester of Phoenix, Arizona passed away on December 25, 2022, at his home surrounded by family. Mark was born in Phoenix, Arizona as a third-generation native from a pioneer family that preceded Arizona’s statehood. Mark attended Kaibab and Kiva grade schools, Brophy and Saguaro high schools, Western State College (Gunnison, CO), and the University of Arizona (Tucson, AZ). He was a founding fraternity member of the Tau Kappa Epsilon chapter at the University of Arizona.

Mark is preceded in death by his father, Elbert Lynn Hester, and his mother, Patricia Babbitt Hester. He is survived by his loving wife of 37 years, Elizabeth “Betty” Hester, and their two daughters: Jennifer Hester Delaney (Jason) and Caroline Hester Marshall (Andrew). Mark and Betty have six beautiful grandchildren: Paxton Delaney (11), Oliver Delaney (9), Elizabeth Delaney (7), Charlotte Marshall (6), Milo Delaney (3), and Henry Marshall (3). Mark thoroughly loved being a husband, father, and grandfather. He spent most of his spare time golfing, fishing, and building model rockets with his grandchildren.

Mark had a 45 year long insurance career. He was the President and majority owner of a local insurance agency that was started by his father in 1953. The agency was sold in 2019 to AssuredPartners and Mark continued his career acting as Senior Vice President.

Mark was involved in the community. He was a member of the Active 20-30 Club of Phoenix and served as a past president and district governor. He was on the Boys and Girls Club Executive Council and The Boys and Girls Club of Metro Phoenix Board of Directors. He was a past president of The University of Arizona Phoenix Alumni Club. Mark was a life member of the Phoenix Thunderbirds and cherished serving with the organization to raise money and awareness for local charities. He served as an active Thunderbird from 1992-1999 and loved his time working with The Thunderbirds to host the annual Waste Management Phoenix Open. Many of his favorite memories were spent with his lifelong friends from the organization on the 18th Hole Scoreboard. He was a past president of the 100 Club of Phoenix and a graduate of the Phoenix Police Citizens Academy and the FBI Citizens Academy. He served as a member of the Use of Force and Discipline Review Boards with the Phoenix Police Department and was an honorary member of PLEA (Phoenix Law Enforcement Association). He was a 33rd Degree Scottish Rite Mason and a former member of the F&AM Phoenix Lodge #2.

Mark loved to golf and was a member of Phoenix Country Club and White Mountain Country Club. He never missed an opportunity to annually coach his daughters in softball and golf. Mark believed in introducing his grandchildren early to the discipline of golf and put a golf club in their hands as soon as they could walk. Mark loved visiting new places and traveling the world with his beloved wife and family. Some of his favorite trips were to the Holy Land in Israel, The Great Wall of China, and the pyramids of Egypt. He was happiest with family, and nothing made him more proud than seeing his family succeed and be responsible in their lives. Mark was a person of strong faith and believed he was exactly where the Lord wanted him to be throughout his adult life. He will be dearly missed by his family and friends.

The family will hold a private funeral service this Thursday, December 29, 2022. There will be a reception in Mark’s honor to follow that is open to friends of the family held at Phoenix Country Club at 12:30 pm, 2901 North 7th Street, Phoenix, AZ 85014.

In lieu of flowers, please consider donating to the 100 Club of Phoenix or the Phoenix Thunderbirds Charities in his name.

Offer Hugs From Home Condolence for the family of HESTER, MARK SCOTT