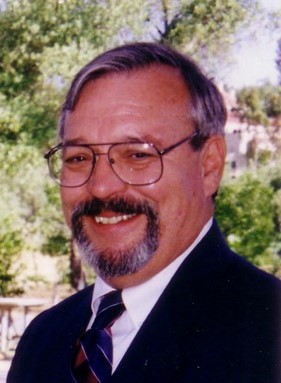 David O. Hill, 71, was born in Phoenix in 1948 to George M. Hill and Nell Savoy Hill. He passed away in Scottsdale on August 18, 2019, after a battle with cancer.
Dave attended Arcadia High School and received a B.A. from the University of Arizona where he was a member of Kappa Alpha fraternity. After serving in the Army in Viet Nam, he
earned a master’s degree in accounting from U.C. Berkeley.

Dave worked as a CPA in the California and London offices of Arthur Young accounting firm before returning to Phoenix where his son, Scott, was born.

Dave was involved with the Arizona mining industry and also served as Chairman of the Board of Steward Enterprises, which operated Alamo and National Car Rental franchises
in Phoenix and Denver. His interests included traveling and cooking. Dubbed “the baby whisperer”, he loved interacting with children, especially his six great-nieces.
A favorite activity of Dave’s was enjoying a glass of wine while watching the sunset over Napili Bay, Maui.

David is survived by his son, Scott, sister, Peggy Hill Ensign (Curtis), and numerous nephews, nieces and great-nieces, all of whom loved their “Uncle Dave.”

A celebration of David’s life will be held at a future date.

Offer Hugs From Home Condolence for the family of HILL, DAVID O.