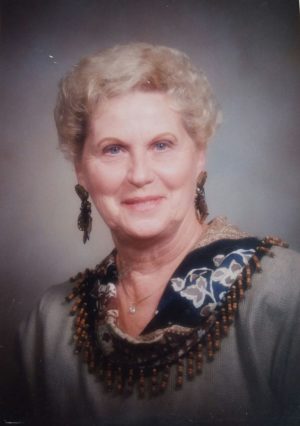 91, of Phoenix, AZ died peacefully on Thursday, December 29, 2016. Kathleen was born to Charles and Mildred Ciepiot on August 6, 1925 in Kansas City, MO. She spent her youth and early adulthood in Kansas City where she met and married Elmer Joseph Himmelberg on October 20, 1951. Kathleen was preceded in death by Elmer in 1985 and he is buried in Huntington Beach, CA.   Kathleen is survived by three children Beverly Ann Farnam, 61 of Cypress, CA; Daniel Charles Himmelberg, 59 of Orange, CA; and Raymond Eugene Himmelberg, 58, of Phoenix, AZ. Kathleen lost one child at birth, Steven Himmelberg in 1955. Kathleen moved from Garden Grove, CA to Phoenix, AZ to live with her son and his family in 2010. Kathleen is also survived by Ron Farnam, husband of Beverly; Christine Himmelberg, wife of Daniel; and Michelle Himmelberg, wife of Raymond. She is also survived by four loving grandchildren; Nicole Farnam, 28, of Los Angeles, CA; Garrett Farnam, 25 of Cypress, CA; Zachary Himmelberg 19, of Phoenix, AZ; and Sarah Himmelberg 17, of Phoenix, AZ. After raising her children, Kathleen returned to the workforce in 1975 and worked as a Benefits Claims Representative for Pacific Mutual Life Insurance in Newport Beach, CA. She retired in 1993. As a widower, Kathleen loved to travel and journeyed to Europe, Asia and many areas of the United States. She was an avid reader of murder mysteries and legal novels; and loved to sew and play bunco with friends. Kathleen prayed the rosary every night and was a parishioner at St. Polycarp Catholic Church in Stanton, CA for forty-eight years, and attended St. Theresa Catholic Church in Phoenix, AZ for six years. Although Kathleen is in the hands of the Lord, she will be greatly missed by family and friends. Memorial visitation and Celebration of Life will be held at Heritage-Dilday Memorial Service, 17911 Beach Blvd., Huntington Beach, CA on Friday, January 6, 2017 from 7:00 p.m. to 9:00 p.m.; a Catholic Mass will be held on Saturday, January 7, 2017 at 10:00 a.m. at St. Polycarp Catholic Church, 8100 Chapman Avenue, Stanton, CA; and burial will immediately follow at the Good Shepherd Cemetery at 8301 Talbert Avenue, Huntington Beach, CA. Arizona funeral arrangements entrusted to Whitney & Murphy Funeral Home of Phoenix, and California arrangements were coordinated by Heritage-Dilday Memorial Service of Huntington Beach.

Offer Hugs From Home Condolence for the family of HIMMELBERG, KATHLEEN MARIE