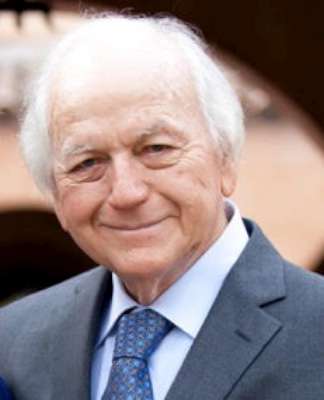 John Adam Hines, beloved husband, father and grandfather died peacefully at home, surrounded by his loving family, on August 21, 2015.  John was born on April 26, 1936 in Garden City, NY. He graduated from the Webb Schools in Claremont, CA in 1954 and the University of Southern California, where he was a member of Alpha Tau Omega, in 1958.  John retired from a career in the computer industry.  John was a passionate golfer. He was pro at Eldorado Country Club in Indian Wells, California and served as chairman of the Los Angeles Open in 1967.  He is survived by his wife Linda McGillicuddy Hines, his daughter Amanda Gold (Andrew) of San Francisco and their son Joshua Adam, his sister Patricia Sheets of Melbourne Beach, Florida and several nieces and nephews.  He is preceded in death by his parents, James and Theresa, his brothers James and Robert and his sister Helen.  A private memorial will take place in Northern California. In lieu of flowers, donations may be made to Hospice of the Valley or the National Kidney Foundation of Arizona.  Arrangements entrusted to Whitney & Murphy Funeral Home.

Offer Hugs From Home Condolence for the family of HINES, JOHN ADAM