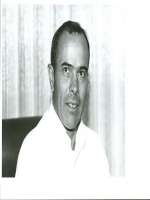 John Salmon Hobbs (Jack) passed away May 6, 2010. Jack was born in San Diego, CA. in 1928 to John C. Hobbs and Mary Kathryn Hobbs and was a descendent of a pioneer Arizona family. Enlisting in the United States Marine Corps at age 18, he was selected for and graduated from the Platoon Leaders Class in Quantico, VA as a Second Lieutenant. A lifelong Marine, both active-duty and Reserves, he would serve as the Commanding Officer of the Marine Corps Reserve Company here in the Valley. Jack was also a graduate of the University of Arizona where he played football as a proud member of the Sigma Alpha Epsilon (SAE) fraternity where he made many lifelong friends. It was at Uof A that he met and fell in love with Suann Walton. Married in 1951, they embarked on a twenty-one year marriage that ended with her death in 1972. Following graduation from the U of A that he attended law school there and moved with his young family to Phoenix to work as an associate in the firm of Jennings, Strauss, Salmon and Trask. Riney B. Salmon, his maternal Uncle, was a founding partner of the firm. Made partner in 1959, he served as Managing Partner for the firm from 1983-1984. Following the death of Suann he met, fell in love with, and married Dorothy Esser, widow of one of his partners and friend of Suann’s. Divorced in 2003, he spent the remaining years of his life cared for by his son and daughter-in-law David and Sally Hobbs. Before and after retirement he enjoyed his great passions in life for European travel and his home in Greer. He expressed his love for Ancient Greek art and culture by serving as a Docent at the Phoenix Art Museum where he lectured on Greek art. He is also survived by Dorothy E. Hobbs, Kathy Fiss (David), John Hobbs (Norene), Jenny Rathkey (Jim), Steven Esser (Pam), Nancy Hobbs Donovan (Jim), and Nancy Heffron (John). He is also survived by grandchildren, great-grand children, a loving extended family, and many loving friends. He imbued in his children his love of books, his dry wit, and love of family. We will miss him terribly. We would like to thank the Huger Mercy Living Care Center, Home Care Resources, The Foundation for Senior Living, Premier Hospice, and Banner Alzheimer’s Institute. Funeral Services will be held at All Saints Episcopal Church, 6300 N. Central Ave., Saturday May 15, at 11:30 A.M. Interment will take place at Ft. Rosecrans National Cemetery, Point Loma, CA., at 1:00 pm, Tuesday, June 1, 2010. Arrangements entrusted to Whitney & Murphy Funeral Home.

Offer Hugs From Home Condolence for the family of HOBBS, JOHN S.