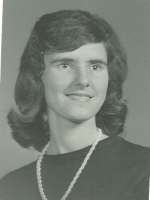 64 of Phoenix, Arizona, passed away on March 24, 2011. Linda was born on February 10, 1947 in Bloomington, IL. She moved to Phoenix with her family in 1969. She is survived by her mother, Dorothy Hogue, 3 brothers, Steve (Simone), Gregory, Mark (Mary Ann) Hogue, and her niece, Annette Hogue. She suffered a stroke in the early 1990’s and entered into nursing facilities 10 years later. In spite of her being crippled without use of her hands and being bedfast; that did not stop her from helping others to understand God’s Word. She was active in her faith as one of Jehovah’s Witnesses up until her death. A Memorial Service will be held at 1:00 P.M., Saturday, April 2, 2011 at the Kingdom Hall of Jehovah’s Witnesses, 2626 N. 28th Street, Phoenix, Arizona.

Offer Hugs From Home Condolence for the family of HOGUE, LINDA SUE