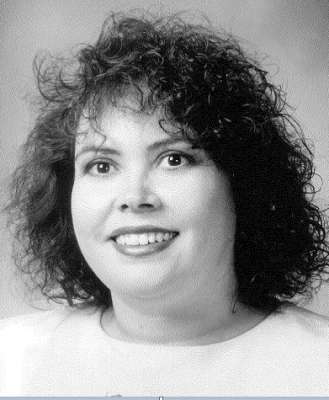 Was born on October 5, 1953 in El Paso, Texas to Augustina Ybarra Holguin and Raymundo H. Holguin. She passed away in Phoenix, Arizona on August 17, 2016. Mary is survived by her husband of 37 years, Michael Wright and her loving brother Thomas Holguin. Her early years were spent mostly in El Paso followed by a shorter stay in Tucson before moving to Scottsdale in 1968 and then finally settling in the Phoenix Arcadia area in 1984. Mary graduated from Scottsdale Coronado High School in 1971 and earned a Bachelor’s Degree in Anthropology at Arizona State in 1975. After working at ASU in the Business College, the Center for Latin American Studies and the Government Documents section of the Hayden Library, she obtained a Master’s Degree in Mass Communication from the Cronkite School of Journalism in 1986. After graduation, she worked at the Catholic Diocese of Phoenix as an Executive Assistant to Father John McMahon who was in charge of preparations for the 1987 visit of Pope John Paul II to Phoenix. Mary was closely involved with all areas of planning for the Papal visit. She always cherished meeting the Pope in person during the visit. After the Papal visit, she worked in a variety of Journalistic positions, including professional organizations, as well as several nonprofit organizations before retiring early due to ill health. Mary was a tireless worker throughout her career and was a joy to be around. Until recently, she belonged to Our Lady’s Sodality of St. Thomas the Apostle Catholic Church, 2312 E. Campbell Avenue, Phoenix, since 1995. Mary also sang soprano as a member of the ASU Choral Union for 18 years, performing Classical music in Gammage Auditorium and Phoenix Symphony Hall. Mary will be remembered by her family and all who knew her for her generosity, her creative excellence in cooking and hostessing, her creative sense of design and love of aesthetics. Mary also loved to travel and excelled at planning wonderful trip itineraries. Funeral arrangements are entrusted to Whitney & Murphy Funeral Home, 4800 E. Indian School Road, Phoenix. A private memorial service is planned. Interment will be at St. Francis Catholic Cemetery, 2033 N. 48th Street, Phoenix.

Offer Hugs From Home Condolence for the family of HOLGUIN-WRIGHT, MARY ELIZABETH