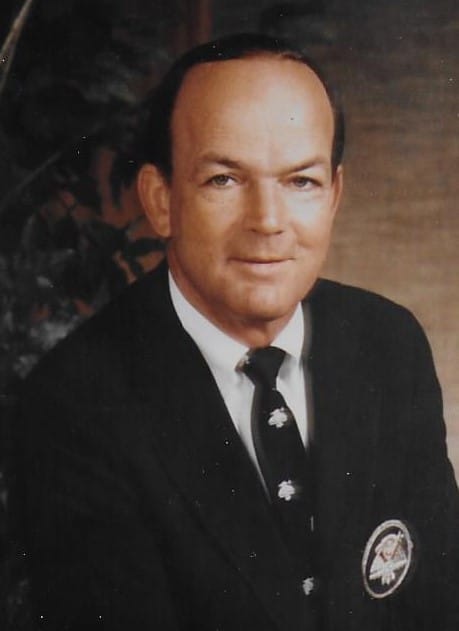 Rick died peacefully December 27, 2021. Rick was born in Phoenix November 13, 1941. He grew up in the Encanto neighborhood with his older brother Don and his younger brother Jim. He attended West High where he excelled in athletics as halfback on the football team and first baseman on the baseball team. After graduating in 1959 he attended the University of Arizona where he pledged Phi Delta Theta and met his future wife, Pamela. Legend has it he was the inspiration for the fictional character “Bluto” played by John Baluchi in the movie Animal House. That said, he did graduate then served two years in the Army before returning to Phoenix and going to work in the electronics distribution business. His skills in sales and management as well as his unrivaled work ethic brought him rapid success in the industry and in 1975 he co-founded National Brands, the company he headed the rest of his career and eventually took in a new direction to become a successful telecommunications business. Rick was active in several philanthropic and civic organizations, most notably the Phoenix Thunderbirds. He was the Tournament Chairman for the 50th Anniversary Phoenix Open in 1985 and then Big Chief in 1986, the final Open played at Phoenix Country Club. One of his proudest achievements was establishing the Thunderbirds Foundation in 1986, the non-profit organization that became Thunderbird Charities which distributes millions of dollars each year to organizations that assist children and families, help people in need, and help improve the quality of life in the Phoenix area. Rick really, loved his family, work, golf, his lawn, classic country music, and a cold beer or three to top it all off. He really did. Really. He enjoyed many a golf rounds at Paradise Valley Country Club and White Mountain Country Club where he and Pamela had a summer cabin. He is survived by his wife, Pamela, his children Monica and RD (and Kandie), his brother Don (and Kathy) and grandchildren Emma and Elizabeth. There will be a celebration of life this spring. Donations can be made to Thunderbird Charities, 7226 N 16th St, Phx, AZ 85020 or Andre House of Arizona, P.O. Box 2014 Phx AZ 85001. Condolences may be expressed at www.whitneymurphyfuneralhome.com.

Offer Hugs From Home Condolence for the family of HOLLENBECK, RICHARD E.