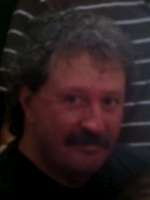 Kenneth E. Hoover, age 64, died on Saturday morning in his home from a stroke.

Kenneth is survived by his sons, : Dax, Chris and Mick. He leaves behind his Daughter-in-law Suzanne and 3 grandchildren, Ethan, Evan and Eva.

Kenneth was a proud Veteran of the Vietnam War, where he earned several medals and was the 2nd youngest commissioned officer in the United States. He turned down a scholarship to West Point and stayed in Arizona where he was born and raised. He later became one of the most successful businessmen in his field. He helped California Contractors Supply, grow and become the largest national wholesalers of tools, supplies and safety equipment in the U.S. He pushed the scale as far as it could go making so many under him thrive as well as he did. He was looked upon his pier’s as a great leader in business and in life itself. He traveled the world for a good portion of his life with his beloved wife Diane. He lived a storied life and grabbed on to any chance he could to be the best at whatever it was.

Papa will be missed dearly by all who were fortunate enough to have been a part of his wonderful life. He loved his family dearly and they loved him the same. To a Great Father and Friend may you rest in peace!

Services will be held at Whitney Murphy & Funeral Home Monday at 10:30, and he will be interred next to his loving wife Diane Hoover at St. Francis off of 48th St.

Offer Hugs From Home Condolence for the family of HOOVER, KENNETH E.