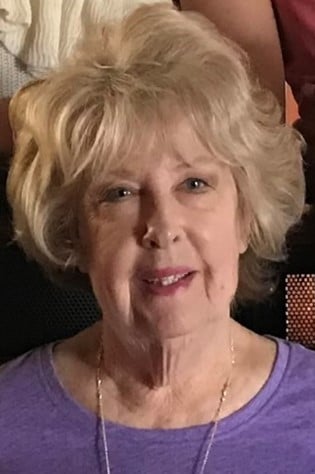 Barbara Jean Horn of Chandler, AZ passed away on November 3, 2020 at the age of 77. Barbara was born April 6, 1943 to Ernest and Helen Harpster in Detroit, Michigan. She moved with her parents to Scottsdale, AZ where she graduated from Scottsdale High School. She would periodically chant the school spirit song, “We are the Beavers, the mighty, mighty Beavers!”.

In 1962, Barbara married Carl Carlock Jr. where together, they raised two beautiful children: Cindy Ruiz and Christelle Carlock. She later found the love of her life and married Dallas Horn in 1986. Dallas passed away two days before Barbara and they are now reunited forever. They were two peas in a pod and two souls that became one.

Barbara was a ray of sunshine and adored by all who came in contact with her, but her greatest impact was being a loving mother and grandmother. During her retirement, she enjoyed traveling with Dallas, her daughter and granddaughters as well as visiting her best friends Sue and Pauline who oftentimes called themselves “The Three Musketeers”. She loved hosting memorable holiday parties, dining at restaurants, spending time at her vacation home in Show Low, and treating herself to an occasional spa day with her granddaughters.

Offer Hugs From Home Condolence for the family of HORN, BARBARA JEAN