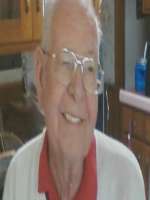 Passed away quietly on June 20, 2011 at the age of 81. Born June 11, 1930 in Elkhart, Indiana to Lester Eugene and Mary Elizabeth Hosler who predecease him. Dick is survived by his daughters Tami and Shelley (Fred) and his son Richard Jr. (Carla) and their mother Gloria, grandchildren Mellisa, Jason, Mandy and Peter. He is further survived by 3 great- grandchildren, Jasmine, Gage and Hayden, brothers Bob, Tom (Patricia) and sisters Carol (Patrick) and Patricia. He was predeceased by his granddaughter Sherry. Dick served in the Army from 1951 to 1953. He retired after 36 years with Honeywell in 1990. He is dearly loved and will be missed by all who knew him. Visitation will be held from 6-8pm Monday, June 27th at Whitney & Murphy Funeral Home, 4800 E. Indian School Road, Phoenix. Funeral Mass will be at 10am, Tuesday, June 28th, at St. Theresa Catholic Church, 5045 E. Thomas Road, Phoenix. Interment will follow at St. Francis Catholic Cemetery.

Offer Hugs From Home Condolence for the family of HOSLER, RICHARD EUGENE SR.