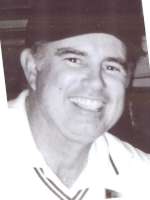 63, entered into heaven on October 12, 2011 surrounded by his loved ones. John met the challenges of illness with the same extraordinary grace, sense of humor and patience that marked his life as a devoted son, husband, father , teacher and life-long volunteer. Always capable of finding the humor in any situation, John’s essence was defined by his cunning wit and warm smile. His enthusiastic spirit and upbeat personality were well-known by those whose lives he touched. Truly a “Man for Others”, he will always be remembered for a life of integrity, character and kindness beyond compare. A Phoenix native, John attended St. Francis Xavier grade school and Brophy College Prep. His propensity for basketball earned him a scholarship to the Universiy of San Diego where he received his B.A. He later secured a Master’s degree in Education and Leadership Development from ASU. “Mr. Wonderful” had a natural teaching and coaching ability that influenced countless students during his 36 years in the Madison School District . In addition, John combined his intrinsic athletic talents, teaching skills, and passion for the game of tennis to inspire a second career. As a USPTA tennis pro at the Arizona Biltmore, he instructed numerous guests for an unprecedented span of 30 years. John is survived by Madeleine, his wife of 37 years, daughter Ginelle Marie, son John Michael, brother Andy Howard, nephew Christopher, and nieces Melissa and Yancey. He is preceded in death by his father, William A. Howard and mother, Rose Mary Howard. Visitation will be from 6-7pm , with a Rosary at 7 pm on Wednesday, October 19 at Whitney & Murphy Funeral Home, 4800 E. Indian School Rd., Phoenix. Funeral Mass will be held at 5pm on Thursday, October 20 at St. Francis Xavier Catholic Church, 4715 N. Central Ave., Phoenix. A celebration of John’s life will immediately follow. His steadfast faith in God and zest for life will remain an inspiration for all who knew him.

Offer Hugs From Home Condolence for the family of HOWARD, JOHN FRANCIS