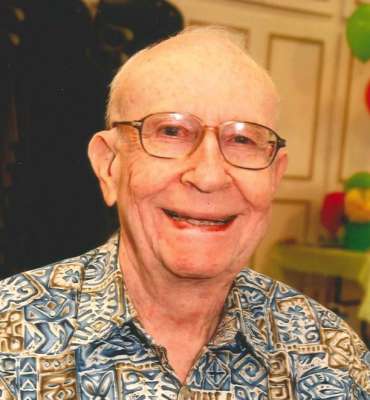 89 of Scottsdale, a retired Motorola Electrical Engineer and Finance Manager, died February 9, 2014.  He was born in Phoenix on November 15, 1924 to parents Evan and Mable.  He attended Phoenix Union High School, Phoenix College and the University of Arizona, receiving a Bachelor of Science in Electrical Engineering.  Robert served in World War II as the Electronics Technician aboard the USS LCS 102 in the Pacific during most of 1945.  He was an active member of the First Congregational Church in Phoenix for many years.  He also served as past President, and founding member of the Phoenix College Alumni Association; PC President Dr. Anna Solley dedicated the office space which houses Alumni and Development and the Phoenix College Alumni Association as the “Bob Howell Alumni Center” at the PCAA Annual Meeting on April 20, 2006. Survivors include his wife Wilhelmina; son William (Debbie); and one step grandchild Jeremy.  Memorial Service will be held at 2:00 pm Saturday, February 15, 2014 at Whitney & Murphy Funeral Home, 4800 E. Indian School Road, Phoenix.  In lieu of flowers, please send donations to Maricopa Community College Foundation and memo line it to the Blair-Howell Emergency Fund.

Offer Hugs From Home Condolence for the family of HOWELL, ROBERT E.