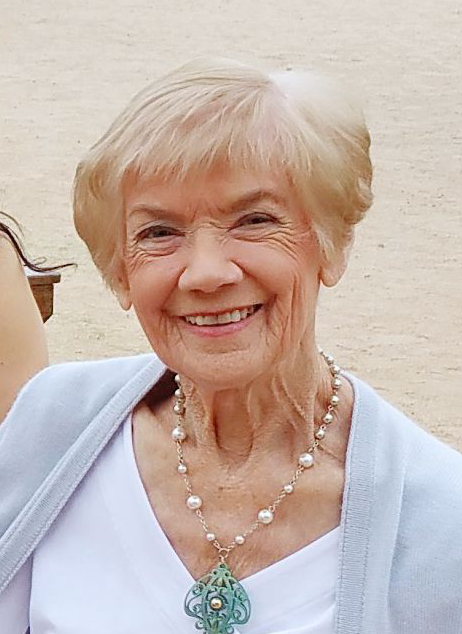 It is with great sadness that we announce the death of Margaret “Margie” Mary Mraz Hubbard, 83, of Phoenix who passed away unexpectedly on December 5, 2019.

Margie was born on January 17, 1936 in Brainerd, Minnesota, the daughter of Gregory and Winifred Mraz and was sister to two brothers, William (Bill) and Richard (Dick). At her High School Homecoming, while riding the float as a Queen candidate, she caught the eye of Jack Hubbard, who was home from college for the weekend. It was magic from that moment forward, and they were married on July 21, 1956.

Margie wanted to start a family immediately, and their first child was born one day before their first anniversary! Five more followed over the next eight years; all but one were born in Minnesota before she and Jack moved to Phoenix in 1964 at the urging of Jack’s sister Jean and her husband Bud Twist.
She was the ultimate homemaker and mother, not only to her own family, but to all those that knew her, with her children’s friends always calling her “Mom Hubbard” and visiting her into their adult lives. As her children grew older and moved away, Margie adopted those young children and families growing up among her neighbors.
A Halloween was never complete without her homemade costumes, and she was always sewing and repairing her children’s clothing, a skill she passed on to her daughters. Always involved in her children’s lives, she was a homeroom mother many times over, PTA president and member, chairman of the Hopi Hullabaloo and Arcadia Titan Trolley, Girl Scout leader … if a volunteer was needed, she was always one of the first in line!

Margie was an active member of St. Theresa Parish from the time she arrived in Phoenix. She was a lifetime member of the Ladies Sodality, assisted with the care of the Altar and the Altar Boys’ and Priest’s vestments. She could always be found in the kitchen, cooking up and serving meals at church functions and senior luncheons. She found joy and blessings with her Rosary group and her involvement in The Christ Child Society, as well as weekly gatherings with her sewing group.

Her family will always remember the times they spent with her in the mountains, doing the Strawberry Stomp at the Rim Cafe or riding quads in the National Forest surrounding Payson. Dad was the one who braved taking six kids fishing and Mom never once complained about having to fry them all up for dinner!

Margie will be remembered for her faith in and love of our Lord and his blessed Mother, Mary, as well as her loyalty, honesty, sense of humor and giving heart.
Margie is survived by her husband, Jack, as well as their six children, Jeffrey Thomas (Jeff), Anne Patrice Hubbard Dittemore (Annie), Mary Christine Hubbard Planck (Chrissy), Cynthia Jean Hubbard Kofile (Cindy), John Gregory Hubbard (John), and Julie Kay Hubbard (Julie). Also surviving are her fourteen Grandchildren and three Great-Grandchildren, as well as her nephew Steve Twist and his two sons and their families.

Margie’s Funeral Mass and celebration of her life will be held on Thursday, December 12, 2019 at 12:30 pm at St. Theresa Catholic Church, 5045 East Thomas Road in Phoenix.

In lieu of flowers, the family is asking that memorial donations be made to The Christ Child Society, Phoenix Chapter, 4633 N. 54th Street, Phoenix, AZ 85018 in memory of Margie. http://christchildsocietyphoenix.org/index.html