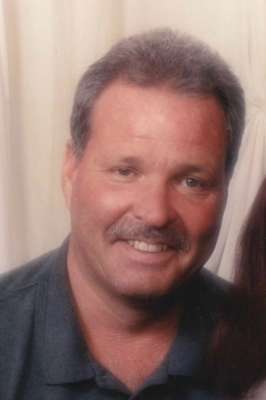 59, of Phoenix, AZ, went to be with our Lord on October 12, 2014.  Joel was born October 7, 1955 in Phoenix.  He graduated from Coronado High School in 1974.  He retired with Arizona State Retirement in 2013.  Joel was a kind and compassionate man who loved to read and cook.  In 2002 he met the love of his life, Linda.  The two became one in 2003.  They were truly made for each other.  San Diego was his favorite destination.  He has been referred to as “a great American.”   Joel was an avid animal lover.  His latest best friends were Dakota and Jake.  Joel was preceded in death by sister Leslie Rodriguez and his parents Mary Elizabeth (Bette) Curran and James Joseph Hubbs Sr., his step-father Neil Curran and brother Martin Curran.  He is survived by his loving wife Linda, sisters Laura Ann MacPherson and Mary Curran-Perkins (Doug), brothers James Hubbs Jr., Jonathan Hubbs (Laura), Michael Curran (Leighann), and Mark Curran, son Hayes (Stephanie), step-daughters Cyndy Hazen and Jennifer Sheneman (Mike), grandchildren Ryan, Jazmyn, Logan, Addison, Brooks, Kayla, and Brittany. He had numerous beloved nieces, nephews, great nieces and great nephews.  Visitation will be from 6:00 – 8:00pm Thursday, October 16th at Whitney & Murphy Funeral Home, 4800 E. Indian School Road, Phoenix, AZ with Mass at 10:30am on Friday, October 17, 2014 at Saint Agnes Catholic Church, 1954 N. 24th Street, Phoenix, AZ.  His pain and suffering on this Earth is over.  Rest in peace my love.  In lieu of flowers, please make a donation to the Arizona Humane Society at: www.azhumane.org

Offer Hugs From Home Condolence for the family of HUBBS, JOEL THOMAS