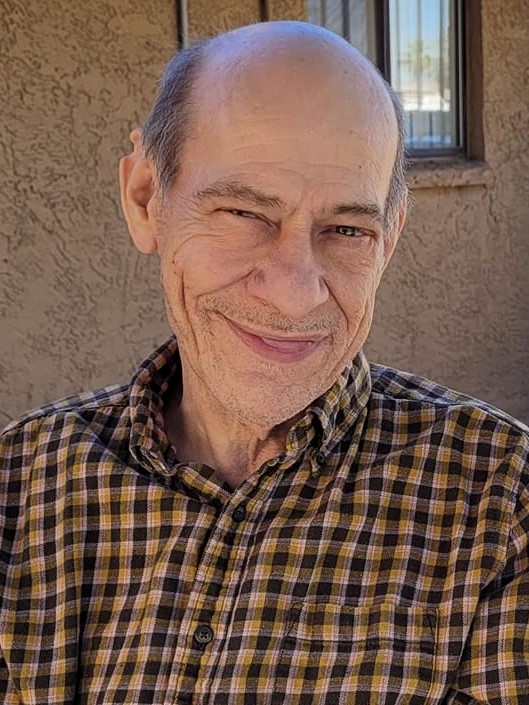 September 24, 1956 – December 21, 2022
Randolph (Randy) Huber, 66, of Phoenix, AZ, passed away peacefully into the arms of our Lord on Wednesday, December 21, 2022 at the Ryan House Hospice Facility in Phoenix. His sister held his hand as he took his last breath here on earth and then, immediately, entered eternal life in heaven with Jesus Christ. Funeral service will be at 3:00 pm on Saturday, January 14, 2023 at Christ Church-Lutheran in Phoenix. Visitation, with family present, will be from 2:00 to 3:00 pm, directly before the funeral. Reception will be at the church immediately following the funeral. Memorials may be directed to Hospice of the Valley at https://www.hov.org or American Cancer Society at https://www.cancer.org.

Randy Huber, son of Vernie and Darlene (Meinerts) Huber, was born on September 24, 1956 in Sioux Falls, South Dakota. He was the oldest of five children. After receiving his GED, he attended Job Corps training for carpentry in the Black Hills of South Dakota. He was a resident of Sioux Falls for 42 years, until after his parents died. In 1998, Randy first moved to Denver and then finally relocated to Arizona. While in the Phoenix metro area, he worked as a custodian for Luke Air Force Base Exchange and Goodwill Industries.

Randy began attending Christ Church-Lutheran in Phoenix in 2004. He enjoyed attending the 5:00 pm Saturday contemporary service with his sister, Renee. When he became homebound, Randy was grateful for Pastor Arnie Frank’s visits with prayer and communion.

Despite his health challenges, Randy kept his fun-loving spirit and a big smile on his face. His favorite past times included pheasant hunting with his father in South Dakota, listening to country western music, watching westerns, and playing Bingo.

He was preceded in death by his parents, Vernie and Darlene; and brother-in-law, Ronald Broshear.

Offer Hugs From Home Condolence for the family of HUBER, RANDOLPH GENE