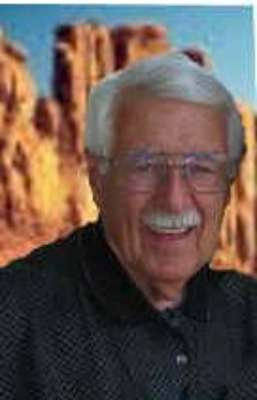 John William Hubley, Th.D., of Phoenix passed away on Friday, January 31, 2014 with family nearby.  John was born in 1927 in Nova Scotia, Canada to Marguerite and Russell Hubley.  After high school, he attended St. Mary’s College for two years, Gordon College for two years, three years at Faith Theological Seminary, and received his doctoral degree from Northern Baptist Theological Seminary.  After serving as Baptist minister in multiple small town churches in Michigan and ending up in Port Huron, Michigan, he accepted a position at the Port Huron School District as an assistant superintendent.  He then went to work for the Ann Arbor School District in Ann Arbor, Michigan.  Following that, he accepted a position in Phoenix as an assistant superintendent for the Phoenix Union High School District.  Upon leaving the school district, he spent several years working in the business community, he returned to the ministry accepting a position as assistant pastor to the First Baptist Church of Phoenix for several years.  During that time he was led to serve the needs of the disabled by founding the Kingdom Online Ministry and collected serviceable donated computers and giving them to the homebound community to connect them with others for prayer and inspiration.  He founded the Mindheart Foundation for pastoral leaders and wrote a self-published book on praise.  He loved outdoor canoeing, camping, kayaking, fishing and hiking.  John is survived by his loving wife, Janice; sons Peter and Paul Hubley; step-children William Mauren, Jill Scheurn and Beth Schneider; 11 wonderful grandchildren and 2 great grandchildren; his sister Beverly Baillie of Nova Scotia and brother Douglas Hubley of Toronto.  John loved people, was very cheerful and introduced himself to everyone he met.  Visitation will be Sunday, January 9, from 4-6 p.m. at Whitney & Murphy Funeral Home; rosary at 6 p.m.  His life will be celebrated at Mass on Monday, January 10, at 10 a.m. at the Franciscan Renewal Center; reception following.  Memorial gifts may be made to the Franciscan Renewal Center.

Offer Hugs From Home Condolence for the family of HUBLEY, JOHN WILLIAM, Th.D.