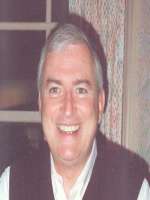 William C. Hudak (Bill) was born on December 19, 1933 in Akron, Ohio. He passed peacefully in his sleep on February 19, 2012 in the presence of his family. He is preceded in death by his wife, Carolyn Black Hudak; his parents, Muriel Creighton Hudak and Rudolph Michael Hudak; his brother-in-law, Daniel Barthels. He is survived by his daughter, Jennifer Devoy (David) and his son, Patrick Hudak (Cari); eight grandchildren, Joseph, Jeremy, Jon, Jamie and Austin Devoy and Bailey, Hunter and Carolyn Jill Hudak; brother, Dr. Thomas M. Hudak (Mary); brother-in-law, John Black (Marilyn); sister-in-law, Joanne Barthels; and nine nieces and nephews. Bill graduated from Stow High School in Stow, Ohio, and attended Ohio State University prior to moving to Arizona. He received a degree in Business Administration from the University of Arizona where he lettered in basketball. He was a major in the United States Army Adjutant General’s Corps. His career in real estate development and management began in Phoenix with Del E. Webb. Later, he moved to Houston where he served as Executive Vice President of the Gerald D. Hines Corporation. He returned to Phoenix in 1986 to continue working in real estate as an independent broker as well as working with Cuellar Realty. While he enjoyed a successful career, Bill’s greatest pleasure came from his family. In business, he served as an advocate and mentor for everyone who worked for him. He was a life-long networker and he will be remembered and missed by many. Visitation will be held on Thursday, February 23rd between 6 and 8 pm at Whitney & Murphy Funeral Home, 4800 E. Indian School Rd, Phoenix. Funeral Mass will be celebrated on Friday, February 24, 2012 at 10 am at St. Theresa Catholic Church, 5045 E. Thomas Rd, Phoenix. Burial will follow the service at St. Francis Cemetery, 2033 N. 48th Street. The family respectfully requests that donations in lieu of flowers be sent to Hospice of the Valley, 1501 E. Flower St, Phoenix, AZ 85014 or the Boys and Girls Club of Greater Scottsdale, Rose Lane Branch, 8250 E. Rose Lane, Scottsdale, AZ 85250.

Offer Hugs From Home Condolence for the family of HUDAK, WILLIAM CREIGHTON