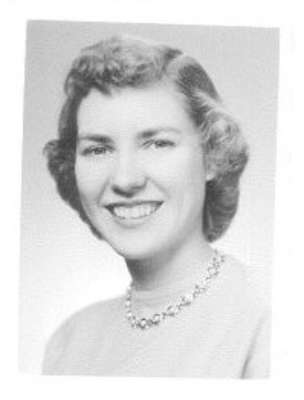 80, of Scottsdale, Arizona, on November 10, 2015, was taken up into heavenly glory to be with her Lord and Savior, Jesus Christ, where she now rejoices in His presence. “Ruthie” was born in Oak Park, Illinois to Henry and Dorothy Hasenjaeger (later Jaeger) on January 28, 1935. She graduated from Valparaiso University where she met and was engaged to the love of her life, Melburn E. Huebner, Jr. Mel and his “Ruthie” were married on June 16, 1956.   Their family included six children by 1968, when they moved from Norristown, Pennsylvania to Scottsdale. Her life’s passion and joy were Mel, their children, and twelve grandchildren. Ruth cherished all who survive her: Mel, her beloved husband of 59 years, their children, Denise Wachholz (David) of Scottsdale, Dr. Melburn K. Huebner (Ann) of Amarillo, Texas, Carol Kirkhart (Kerry) of McAlester, Oklahoma, Paul Huebner, of Yuma, Arizona, John Huebner (Margie) of Norwood, Colorado, and Tim Huebner, her twelve treasured grandchildren, and her dearly loved brother, Charles Jaeger, of Chicago, Illinois. A service celebrating Ruth’s life will be held at 4:00 pm on Saturday, November 14, 2015 at Christ Church-Lutheran, 3901 E. Indian School Road in Phoenix, where Ruth and Mel have been members since 1968. Arrangements entrusted to Whitney & Murphy Funeral Home.

Offer Hugs From Home Condolence for the family of HUEBNER, RUTH LILLIAN