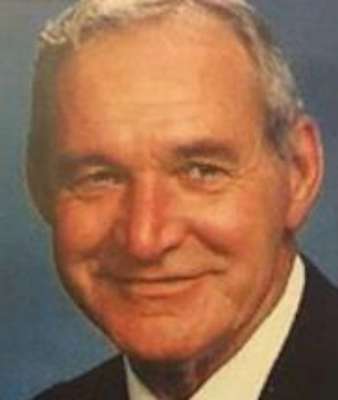 86, of Chandler, AZ passed away on June 21, 2016. He was a devoted husband, father, grandfather and great-grandfather. Ron “Ronnie” was born on March 28, 1930 in Des Moines, Iowa. Raised in Urbandale, Iowa, he was the son of the late Kenneth A. and Florence Hughes and brother of the late Gretchen Chamness and Gerald Max Hughes. He is survived by his brother, Kenneth Hughes of Des Moines, Iowa. Ronnie was a family man, tradesman and craftsman. He was very generous and principled. One of his life passions was advocating for workers’ rights and those less fortunate than himself. He set a great example for all that knew him and was a role model and mentor to his children, grandchildren and great-grandchildren. Ron became an active member of IBEW local 640 and worked as an electrician. He held several offices in the Union, was an apprenticeship instructor, an officer in the Local Union and, in later years, a building inspector for the City of Phoenix. In his spare time, he loved working on home projects, rebuilding not only his own kids but half the neighborhoods bicycles and skateboards. If someone needed a tool or project advice they came to Ron. Summer vacations were usually camping trips to Northern Arizona in the cool pines. He enjoyed taking a dirt road just to see where it would go. Many summer nights it was ice skating with his children and later his grandchildren. He was active in the school PTA and The Boy Scouts of America. When a Den Mother could not be found for an active group of boys, he became the den mother. Ron enjoyed being active in his community and most of all, he loved his family. He is survived by his wife of 66 years, Marilynn Blackhurst Hughes, his four children, Carla Dark (Jamie) of Chandler, AZ, Mylan Geisert (Carl) of Chandler, AZ, Dennis (Lori) of Mesa, AZ, Doug (Katrina) of Phoenix, AZ, grandchildren, Matt Larson, Todd Larson, Nate Larson, Tyler Geisert, Hailey Geisert, Kayley Geisert, David Hughes, Brian Hughes, Julie (Hughes) McKevitt, Jordan Hughes, Jessie Hughes, Eric Hughes and Kendra Hughes, great-grandchildren, Sariah McCall, Morgan Larson, Colton Larson, Zoë Larson, Audrey Hughes and Arya McKevitt. Visitation will be 8:30-10:00 A.M., with a Funeral Service at 10:00 A.M., Tuesday, June 28, 2016 at Whitney & Murphy Funeral Home, 4800 E. Indian School Road, Phoenix. Interment will follow at Paradise Memorial Gardens.

Offer Hugs From Home Condolence for the family of HUGHES, RONALD L.