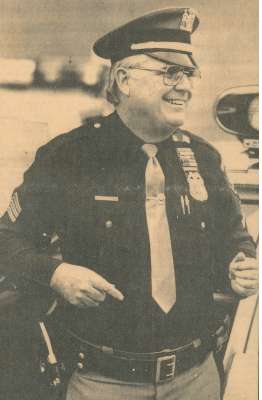 Despite growing up in the Bronx which is the mecca of New York Yankees nation, and frequently attending Yankee games with his father Tom did not idolize the fabled legends in Yankee pin stripes like Joltin’ Joe DiMaggio and Mickey Mantle. No, despite popular opinion and severe hazing from the Yankee faithful Toms loyalties were with a rag tag bunch of “Bums” who called Ebbets Field their home, The Brooklyn Dodgers. As a young child and teenager Tom would take the Subway from The Bronx all the way down to Brooklyn to watch his favorite Dodgers play ball. Watching Roy Campanella, Duke Snyder and the legendary Jackie Robinson inspired Tom to perfect his own baseball game. Of course in those days they didn’t have fancy equipment, the boys in the sandlots used broom handles, mops and old balls and whatever else they could scrounge up. Tom used to brag about being the only kid in the neighborhood to be able to “Hit 3 Sewers”

He attended St. Simon Stock Catholic School and remained a proud alumnus years after graduation. He had fond memories of this Parish and it forever held a special place in his heart,

During his formative High School years he joined precision Military Drill team and marched in many parades throughout the 5 NYC Boroughs. He credited the Drill Team for teaching him discipline and honor, two traits that would serve him well throughout his Military and Law Enforcement careers.

After graduation from High School (where he took a Rockette to his Senior Prom, stud muffin that he was) he went to work for AT&T Phone Company in White Plains New York. He was drafted into the United States Army where he proudly served in the Signal Corps as a Comm Tech. He married young and took his new wife with him to Germany where he was stationed with Elvis. During his time in the Army, he traveled all throughout Europe and even saw the Pope speak at Castel Gandolfo in Italy. When re-enlistment time rolled around the senior Officer told Tom that if he didn’t return to AT&T where he would make more money than a Major, he would discharge him for being a fool.

Tom reluctantly went back to civilian life working for AT&T but quickly learned that making $60 a week made him “a rich man” in those days. Thomas installed cables and communication lines during the Cold War ad remarked “In 1962 I could sit in a room in Ft. Huachuca, AA and listen to a conversation in a car in downtown Moscow crystal clear.” He took his work very serious and enjoyed it very much, he even averted a nuclear catastrophe with the Soviets and later remarked “Things like that happened all the time. The public has no clue” despite averting a nuclear apocalypse Tom was unsatisfied with his work and yearned to be what he had always dreamed of being, a policeman like his father.

He applied for the NYPD but was denied because of poor vision. Undeterred from reaching his dream, he applied to the New Rochelle Police Department and was accepted. He spent 20 years (Oct 3, 1966-Jan 4, 1987) fighting crime and serving the good people of New Rochelle. He served in the Detective Division, Accident Investigation, Major Case Squad and Motorcycle Squad earning 15 citations for bravery ad heroism during his career, He also attended The NYC School of Forensic Science where he literally wrote the book on Forensic Investigation Techniques still being used in Law Enforcement today.

During the late 60’s he separated from his first wife with whom he had a son, Thomas with, and he met and fell deeply and madly in love with a beautiful young Italian girl from Little Italy, Carmella Theresa Grotto Hughes. They met at a friend’s wedding and he knew it was love at first sight, married in 1969 and remained married until her passing in 2008 which devastated him and broke his heart.

After retiring from NRPD in 1987 Tom uprooted his wife and young son (against his will but he was in diapers and didn’t know how to feed himself yet so he had to go with his parents) Christopher from New York and relocated to sunny Phoenix Arizona where he served as a CSO for the Federal Marshalls until he got tired of the mundane aspects of guarding a Federal Courthouse. He left the CSO and applied for Polygraph School at the age of 75.

Tom reconnected with his Catholic roots and joined various religious organizations such as Life Foundation and the Society of our Lady of the Most Holy Trinity. He was very active in the church and community and would never hesitate to lend a helping hand to anyone in need no matter what the situation was. He lived to serve God and humanity until April 11, 2014. He is survived by two sons, Thomas and Christopher and a daughter in law, Hannah, whom he loved very much.

Offer Hugs From Home Condolence for the family of HUGHES, THOMAS GERALD