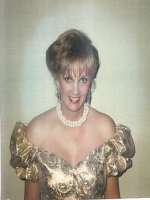 Hurley, Helen Margaret Sprague (Lovell).  74, died and was taken into the arms of the Lord and Savior on September 18th, 2013.   She was born in Omaha, Nebraska on November 25, 1938, to Dr. Lavern D. ‘Stub’ Sprague and Helen Josephine Johnson Sprague where her father was a medical student.  When World War II broke out, Dr. Sprague was completing his residency in Obstetrics and Gynecology at Davis Monthan Air Force Base in Tucson, Arizona, where they established their home and where Helen grew up.  She graduated from Tucson High School in 1956 and spent 3 years at the University of Arizona.  While in High School she studied ballet and art which she continued in College.  However college was cut short by military orders for her then husband, Don Lovell, to report to the army barracks in Wurzburg, Germany.  She very much enjoyed her three years in Wurzburg and hated to leave.  She made many friends among the wives there, friendships that continued to the present when they often called just to chat.

During her first marriage she and her husband Don were on the staff of Campus Crusade for Christ and spent time in Minneapolis, Minnesota, Crystal Lake, Illinois, Lake Arrowhead, California, and Phoenix, Arizona where the counseled newcomers and Helen managed a woman’s group.  The experience very deeply influenced her Christian beliefs and outlook on life.  She was a perpetual Bible student, learning something new each day.

Over the years, Helen excelled at dancing, at art, editing books, interior decorating, and was a whiz at organizing and carrying out tasks in her second husband’s medical office.  Employees were very happy with her tutelage and were even willing to follow her when the office moved from Phoenix to Prescott!

Helen was always outgoing and never hesitated to initiate conversations with complete strangers, who would remember her and would always go out of their way to say hello.  She was a cardiac patient for 13 years and had multiple small strokes which eventually took away her ability to walk.  She had crippling Migraine headaches, yet she had a calm and loving disposition coming from her deep love for her Lord and Savior Jesus Christ.  He always seemed to be there for her and pulled her through until it was time to take her home.

The family requests no flowers be sent but you may make a contribution to the American Heart Association or charity of your choice in her name.