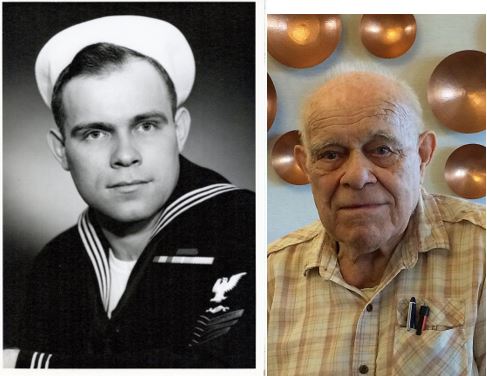 Carl R. Huttenmaier, 88, of Phoenix, AZ passed away on November 12, 2018 at the Biltmore Care Home in Phoenix. He was born on August 26, 1930 in rural Pickrell, Nebraska to Carl and Pauline (Krasser) Huttenmaier. He grew up helping on the family farm and delivered fruits and vegetables as a young man in Lincoln, Nebraska. Carl served his country proudly as a Seabee in the United States Navy during the Korean War. He married Gail Hooper in 1971 but they later divorced. Carl settled in Phoenix, Arizona where he worked for Mac Tools and Matco Tools as a salesman until his retirement.
Carl had a very generous heart. He contributed to several charities to benefit children, animals, and those in need of food.
Carl is survived by: his sister Betty Rath of Canton, SD; nephews: Stephen (Carolyn) Spitz of San Francisco, CA; Dan (Mary) Rath, of Canton, SD; Phillip (Kris) Spitz of Fremont, CA; John (Cheryl) Halvorsen of Syracuse, NE; nieces: Janice (Greg) Ritter of Vancouver, WA; Heidi (Mike) Hope of St. Louis, MO; as well as many great nieces and nephews.
He is preceded in death by his parents; sisters: Edna (Lewis) Spitz and Jennie (Marvin) Halvorsen; and brother-in-law Hans Rath.
No funeral services will be held. Carl’s ashes will be inurned at the columbarium in the National Memorial Cemetery of Arizona in Phoenix.
Memorials are suggested to the St. Mary’s Food Bank, 2831 N 31st Avenue, Phoenix, AZ 85009, https://www.firstfoodbank.org/

Offer Hugs From Home Condolence for the family of HUTTENMAIER, CARL R.