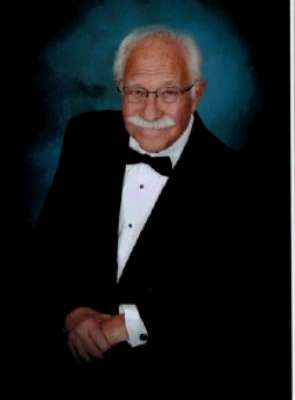 84, of Paradise Valley, AZ, passed away March 20, 2015. Sheldon Jacobs was born in Milwaukee, WI, but grew up in his father’s hometown, Deadwood, SD. He ran track and played football at Deadwood High. He traveled to London to see the 1948 Olympic Games, then attended the University of South Dakota for one year before transferring to the University of Nebraska/Lincoln where he earned his BS in Business. After graduating from Nebraska he entered the Army as a 2nd Lieutenant during the Korean War. He served in the Military Police in Times Square and then Korea. After the war, he used his GI bill benefits to learn to fly and to get his Masters in statistics/retailing from New York University. He continued to serve in the reserves and reached the rank of Captain.   In July 1973, a front page Wall Street Journal article highlighted his parents, Ruth and Bert Jacobs’ need to sell their five clothing stores when neither Mr. Jacobs nor his brother, Doran, opted to return to Deadwood to run the stores. Mr. Jacobs had worked in retailing for a short time before taking a job in the research department at the American Broadcasting Company (ABC) in 1961. He later worked at NBC as a Director analyzing viewership statistics and, from this, developing sales strategies. While he was working at NBC he appeared on The Today Show, to discuss his first book: “Put Money in Your Pocket”, the first self-help book ever on no-load mutual funds. Published in 1974 by Simon and Schuster, “Put Money in Your Pocket” was influential in fostering the subsequent huge growth of no-load funds. It launched a notable career that enabled him to found a popular investment newsletter, “The No-Load Fund Investor”, which he published for twenty five years with more than 30,000 subscribers. The Investor went on to become the number one financial newsletter in America for risk-adjusted performance for the 15 years ending June 2006.   Additionally he co-founded the BJ Group with nationally syndicated radio host Bob Brinker.   The firm was a Register Investment advisor that managed money on a discretionary basis for over 1000 clients. In July of 1993, Sheldon Jacobs was one of five nationally recognized mutual fund advisors chosen by The New York Times for a mutual fund portfolio competition. The portfolio that he selected produced the highest return of all contestants for almost seven years, and the Times quarterly publication of this contest helped him become one of the best-known mutual fund advisors in America. Another huge honor for Mr. Jacobs was his inclusion on a Sunday Morning edition of the Wall Street Journal Report that featured three men who had been successes in their second careers.   The other two were Ray Kroc (McDonalds) and Colonel Harland Sanders (Kentucky Fried Chicken).   Mr. Jacobs’ most recent book, Investing Without Wall Street: The Five Essentials of Financial Freedom was published by John Wiley & Sons in 2012. True to his lifelong work ethic, Mr. Jacobs continued to work up until the time of his death at the age of 84.   He assisted in the editing of the No-Load Fund Investor newsletter and gave a speech to a Minneapolis Investment Club the day before his death.   He lived until the age of 84 spending time in both NY and Arizona.   Mr. Jacobs is survived by his wife Bette’ Jacobs, his brother, Doran Jacobs and wife Arlene, his children Roy Jacobs and wife Gloria, Julie DuPree and husband Matt, his Mother in Law, Martha Jacobs-Tidwell, stepchildren Bonnchiska (Tanya) Duproy and Scott Gordon and his 9 grandchildren. Visitation will be held from 5:00 – 6:00 PM, with a Funeral Service at 6:00 PM, Thursday, March 26, 2015 at Whitney & Murphy Funeral Home, 4800 E. Indian School Road, Phoenix. Interment will be at Mount Moriah Cemetery in Deadwood, SD.

Offer Hugs From Home Condolence for the family of JACOBS, SHELDON