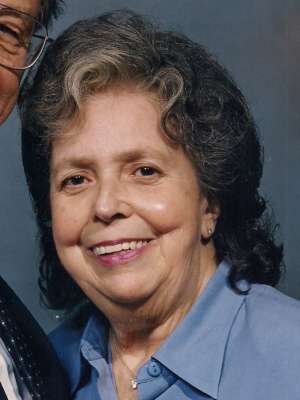 Madeline R. Jakubczyk passed away on Tuesday, May 27, 2014 at the age of 83.  Married to Stanley W. Jakubczyk on May 26, 1951 in New Britain, Connecticut, the couple just celebrated 63 years of marriage. Madeline was born on December 3, 1930 in New Britain and attended St. Joseph Catholic School and graduated from New Britain High School in 1949.  She worked at Pratt-Whitney as a typist. She later worked for Stanley Tools.

She had four children, John, James, Joseph and Kathleen. In 1963 the family moved to Scottsdale, Arizona. She went to work for the U-Haul system in 1967 during which time she became the first female president in the U-Haul system (1970) and one of the few female presidents of a multi-million dollar corporation in the country.  She was the secretary of the Building Owners and Managers Association (BOMA) for five years organizing the meetings and social events during that time.

Madeline became involved in her parish at Our Lady of Perpetual Help where she was president of the Lady’s Sodality. She was involved in the pro-life movement for almost 30 years and worked at various levels to help elect candidates who supported the right to life. She was in charge of her parish Respect Life committee and was responsible for fund raising dinners and events for numerous pro-life groups.

Although she suffered the ravages of rheumatoid arthritis for over 40 years, she never complained but offered her sufferings for the sake of others.

Madeline is survived by her husband Stanley, her sons John (Petra) and Joseph (Judy), her daughter Kathleen (Mike) Saverino, seventeen grandchildren, and eight great-grandchildren. Her funeral mass was on June 2, 2014.

Offer Hugs From Home Condolence for the family of JAKUBCZYK, MADELINE R.