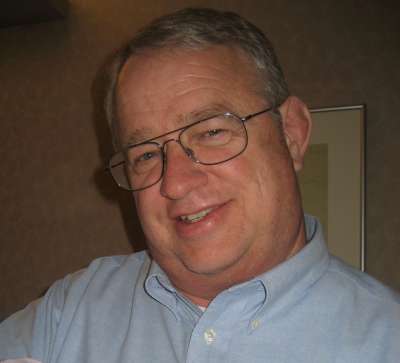 was born on August 21, 1948 in Luverne, Minnesota and was called to enter eternal life with his Lord and Savior Jesus Christ on March 29th, 2014.  Donald William Jansen will be reunited with his parents William John Jansen and Florence Catherine Jansen who preceded him in death in 1982 and 1999 respectfully.  Donald Jansen is survived by his loving wife, Jacqueline Jansen.  Donald is also survived by his children Christopher (Annie Jansen), Morgan (Patty Gomez), and Madison Jansen, along with his grandchildren Darrin and William Jansen.  Lastly, Donald is survived by his only sister, Mary Arnold, and numerous loving family members spanning across the United States.  Donald left Minnesota with his parents and arrived in Phoenix, Arizona in 1951.  He attended St. Agnes Catholic School and Brophy College Preparatory in Phoenix, Arizona.  Donald graduated with a political science degree from Arizona State University in 1970 later serving in the United States Army as a Lieutenant.  After his military service, Donald was accepted into Gonzaga Law School and graduated in 1975.  Donald began an illustrious career with the State of Arizona spanning almost 40 years.  Donald began his journey in 1976 through 1983 as an Assistant Rules Attorney.  In 1984 he became the Legal Counsel to the Majority Leader leaving that post in 1986.  From 1987 through 1992 he held the title of Executive Director of Legislative Council.  In 1993 he landed the position of Policy Advisor & Special Counsel to the Majority, which ended in 1996.  From 1997 through 2004 Donald was tapped to be the Counsel to the Majority, General Counsel, and Counsel to the Speaker of the House.  Donald retired in 2005 after thirty years of incredible and dedicated service to the prosperity of the State of Arizona.  Donald was loved by so many and is referred to as one of the most respected Arizona Constitutional Attorneys.  He was asked to come back in 2005 with the title of Special Counsel to the Majority.  From 2009 through 2014 Donald ended his career where he started as the Rules Attorney.  Donald’s vast knowledge of the United States Constitution and the Arizona State Constitution was second to none.  Donald’s dedication to his family and to this great State will be truly missed.  Yet, his presence will be felt at his former Phoenix residence with his family and in the halls of the Arizona State Representatives.  Visitation will be held from 6-8pm with a Scripture Service at 7pm, Thursday, April 3, at Whitney & Murphy Funeral Home, 4800 E. Indian School Road, Phoenix.  Funeral Mass will be at 10:30am, Friday, April 4, at St. Agnes Catholic Church, 1954 N. 24th Street, Phoenix.

Offer Hugs From Home Condolence for the family of JANSEN, DONALD WILLIAM