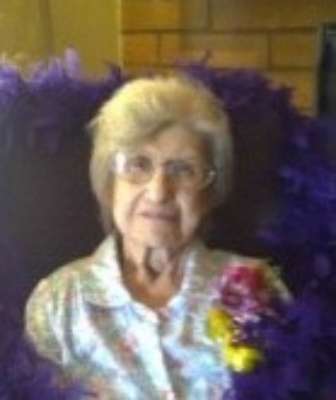 Beatriz C. Jasso passed peacefully in the presence of her family on February 11, 2016 at the age of 102. Born in Falls City, Texas on October 8, 1913 to Gavino and Guadalupe R. Cardenas. This courageous and strong willed lady began raising her younger brothers (3) and sisters (3) at the age of 10. Her mother passed during child labor and she along with her father Gavino raised the children on a ranch in Texas with no electricity and running water. Beatriz never attended school yet was a savvy shopper, seamstress and was in tune with current events. A fabulous cook and home-maker, her family was the focus of her life. While she never took a vacation, she would tell you that her mind traveled the world. She proudly stated that she never smoked or drank any alcoholic beverages. Beatriz is preceded in death by her son Robert (1971) and Simon Jasso (1993) her husband of 62 years. She is survived by Sons Guadalupe (Josephine) and Roque (Maria) and Daughters Ofelia Roman, Adella Jasso, and Nena Olivas (Loui). She is also survived by 9 grandchildren, 20 great grandchildren and 19 great, great grandchildren. Services will be held at St. Agnes Catholic Church, 1954 N. 24th Street, Phoenix, on Friday, February 19, 2016 with viewing from 9:30 – 10:30 a.m. and a Funeral Mass will be celebrated at 10:30 a.m. Beatriz will then be laid to rest at St. Francis Catholic Cemetery, 40th St. & Oak, Phoenix. Arrangements entrusted to Whitney & Murphy Funeral Home.

Offer Hugs From Home Condolence for the family of JASSO, BEATRIZ C.