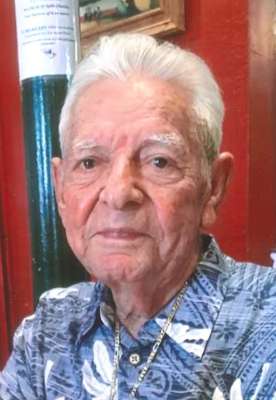 Guillermo “Willie” Jiron Sr. passed away peacefully surrounded by his loving family on Tuesday, July 11, 2017. He was born in Columbus, New Mexico to Jose and Esther Jiron on May 17, 1931. He was raised in Casas Grande, Chihuahua, Mexico alongside his siblings, Ramon, Irma, Fausto and Oscar. He met and fell in love with his wife of 50 years, Manuela in Corcoran, California. Together they began their family of seven in Toppenish, Washington, eventually settling in Phoenix, Arizona. In life he proudly established a career as a gardener for 30 years with the City of Phoenix. Simultaneously, he worked in professional baseball over the span of 3 decades as a grounds crew for the San Francisco Giants (Phoenix Giants) and Oakland Athletics. Willie was preceded in death by his devoted wife, Manuela “Nellie” and his three sons Jose, Jorge and Guillermo “Willie” Jiron Jr. He is survived by his daughters, Diana Jiron (Rita), Adela Jiron (Alfredo), Maria Jiron-Cano (Henry); his son, Marco Jiron (Dennise); daughter-in-law, Dena Jiron; 13 grandchildren and 2 great-grandchildren and numerous nieces and nephews. Visitation will be from 9:00 – 10:00am, with a Rosary at 9:15am and Funeral Mass at 10:00am, Tuesday, July 18, 2017 at Immaculate Heart of Mary Catholic Church, 909 E. Washington Street, Phoenix. Interment will follow at St. Francis Catholic Cemetery. Arrangements entrusted to Whitney & Murphy Funeral Home.

Offer Hugs From Home Condolence for the family of JIRON, GUILLERMO “WILLIE” SR.