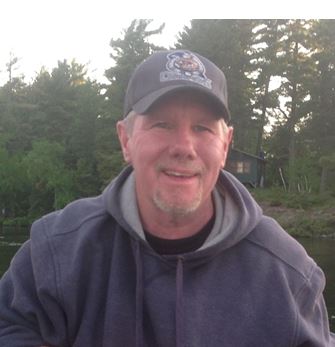 Raymond Curt Jivery, 64, went home to be with his Lord and Savior on Saturday, June 15th, 2019. Raymond was born to Arthur and Florence Jivery on November 2nd, 1954 in Hibbing, Minnesota. He was named after Arthur’s army buddy but was known as Curt to family and all who knew him in his early years. His parents separated when he was 4 and Arthur and Curt relocated to Eagle Mountain, California where Arthur worked for Kaiser Steel. With no seniority, Arthur lived in the bunkhouse and Curt lived with various families for a week or two at a time. After six months, a co-worker’s mother, who became Grandma Ward, agreed to take care of Curt. For the next two years, Curt lived and went to school in Fontana, California seeing his dad on weekends. While in Fontana, Curt was given a puppy, Rudy, that would become his first furry love. Once Arthur had reached some seniority, he was able to get housing and moved Grandma Ward and Curt to Eagle Mountain. Curt thrived and participated in sports and played all over Eagle Mountain with his friends and Rudy in tow. Every summer, they returned to Minnesota for family get-togethers.
In 1969, Arthur married Florence Lyver and Curt had the family he had always desired. Besides gaining a mother, he gained four brothers and three sisters.
Curt married Debbie Shelton on November 2nd, 1974 in Bisbee, Arizona. They moved to Phoenix in 1976 where they celebrated the birth of their first child, Misty Suzette, on January 30th, 1976. Derrick Curt joined their family on November 1st, 1978. They relocated to Reno, Nevada where Curt started his career in sales at Handy Andy. They had printed business cards with Raymond Jivery and Curt became known as Ray to all who met him thereafter. Ray and Debbie divorced in 1995.
Ray continued his career in sales working for Silo, Broadway Southwest, Roy Edwards Warehouse, Westar and Allstate Appliance. He loved selling the higher-end appliances and was great at his job.
His tennis friend, Craig Close, introduced Ray to Maggie Maurer on September 18th, 2001. There was an immediate bond and they became best friends and soulmates. They were married at Christ Church Lutheran on March 9th, 2003 surrounded by friends and family and thoroughly enjoyed the life they built together.
Ray was a life-long Vikings fan, an enthusiastic Twins fan and any sport that originated in the state of Minnesota. He had a passion for motorcycles, tennis and was an avid fisherman.
Ray is survived by his wife, Maggie, his children Misty Granillo and Derrick (Jessica) Jivery, three granddaughters, Christina Granillo, Kaitlynn Jivery and Emileigh Jivery. He is also survived by his sisters Aletha Jackson, Linda Brekke (Denny Aldinger) and Claudia (Charles) Skalsky and sister-in-law Nancy Lyver; brothers Keith (Cindy) Lyver and Craig Lyver; sister-in-law Christine Maurer, brother-in-law Rich (Linda) Maurer and Tim (Mary) Maurer; and many nieces and nephews. Ray was predeceased by three brothers: John Lyver, Paul Lyver, and Wesley Lyver; sister-in-law Patricia Lyver; and nephew Bradley Lyver. Ray was predeceased by three brothers: John Lyver, Paul Lyver, and Wesley Lyver; sister-in-law Patricia Lyver; and nephew Bradley Lyver.

Offer Hugs From Home Condolence for the family of JIVERY, RAYMOND CURT