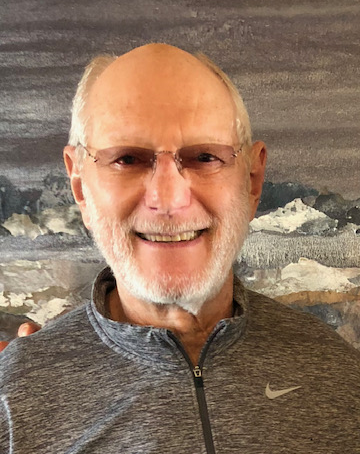 It is with great sadness that the family of Richard (“Dick”) Johnes shares that he passed away unexpectedly on March 3, 2020. He is survived by his wife Dorothy (“Dodie”), his daughters Karen, Laura and Stacey, as well as his grandchildren, Matthew, Olivia and Max. He will also be missed by his sons-in-law, Bruce and Ted, his sister Barbara, nephews Mark and Carl and his grand-dog, Hank.

Born and raised in New Jersey, Dick graduated from Syracuse University where he played basketball and graduated with a Bachelor of Science. After college, Dick met Dodie at a party they were both reluctant to attend; but that serendipitous night led to 60 years of marriage, three daughters and an amazing life filled with so much love and more adventure than he ever dreamed of as a youth.

Dick and Dodie drove west on their honeymoon, arriving in Phoenix in 1959. The “wild west” spirit of his new home suited his larger-than-life personality – bold, unconventional and fearless. Equally tall in stature and personality, Dick was an unforgettable presence to anyone who met him, and those who knew him well were fortunate to experience his generosity, humor and love.

Dick was active in the community supporting causes about which he was passionate. His long tenure with the Heard Museum Board began in 1974 and over the years he chaired many important committees including Membership, Building Planning, and Development. He served as President of the Board of Trustees from 1987-1989, then later became a Life Trustee. Dick was also an early supporter of the Phoenix Suns and could be found cheering for the team (and riding the refs) for decades from his courtside seats. He also enjoyed being a spectator on the couch and thoroughly took advantage of his NFL Red Zone subscription – but, truth be told, would watch any sport with a ball.

Dick’s unwavering commitment to physical fitness was legendary. Until the end, he set his alarm for 5:30 a.m.and could be found most mornings at the Sanctuary Resort working out and socializing with the “regulars.”

Dick began his career in real estate with Del Webb, and cited Mr. Webb as an influential force in his life and career. His drive led him to start Johnes Associates and he went on to develop several prestigious communities and resorts including Finisterre, The Boulders and The Scottsdale Princess. He was known for his keen eye and visionary approach to design, and creating projects that were in harmony with the Arizona landscape.

Later in his career, Dick expanded his work to Mexico where his partnership was involved in several projects in Punta de Mita including the Four Seasons Resort, Los Veneros Beachfront Resorts and W Hotel Punta de Mita. He felt a part of the country which served as his second home for many years, and he thoroughly embraced the lifestyle, beaches, food and friendships.

However, it was time with his family that was most important to Dick. Family dinners were filled with laughter, good food and strong cocktails, often topped off by his favorite “food”: See’s Candies. Some of the family’s best memories include their many adventurous travels where Dick was often called upon to schlep copious amounts of luggage for the four women in his life and amazed them with his innate ability to drive to any destination without a map no matter the country. Dick was most relaxed during beach vacations at remote destinations where he could totally unplug and enjoy all ocean activities above and below the water, including scuba diving, snorkeling, swimming and boating.

His friends, who describe him as a gentleman’s gentleman and a trusted friend, will remember his steady guidance and loyalty.

His wife will remember him as the love of her life and unwavering supporter.

His kids will remember him as their “jungle gym” when they were young, their advocate and biggest champion in their teens, and their rock as adults.

His grandkids will remember him for his guidance, wisdom and inspiration, and for spending quality time with them.

All will remember his optimism, his entrepreneurial spirit and infectious laugh.

Dick Johnes, you will be missed every single day.

A private celebration of life will be held at a later date.

Offer Hugs From Home Condolence for the family of JOHNES, RICHARD