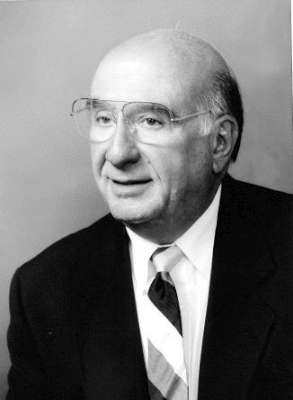 Dr. Johns of Goodyear, Arizona was born in Cleveland, Ohio on May 2, 1935.  He received his medical degree from The Stritch School of Medicine of Loyola University in Chicago, Illinois.

Dr. Johns started his practice of Internal medicine in Cuyahoga Falls, Ohio and was on the medical staff at Akron General Hospital.  He was the first full time Chairman of Medical Education.  Dr. Johns also was Chief of the Diabetes/Endocrine service at the hospital.  He developed the hospital’s first Diabetes Inpatient Education.  Dr. Johns was also instrumental in the development of the Northeastern Ohio Universities College of Medicine, where he was an Associate Professor of Medicine and an Associate Clinical Dean.

Of all of Dr. Johns’ accomplishments, the one of which he was most proud was the development of the Society of Distinguished Physicians of Akron General Medical Center, which honors medical staff members for their contributions to Akron General, the medical school and/or the community for excellence in teaching, research, service and medical care.  His proudest moment was when he was inducted into the Society he had developed.

Dr. Johns later became the Medical Director for a new and emerging Blue Cross and Blue Shield facility in the Akron area

Dr. Johns left the Akron area in 1991 to accept the position of Medical Director of Preferred Care in Rochester, New York where he worked until his retirement in 2000.  He was also a member of the Board of Directors of the Rochester Chapter of the American Diabetes Association.

Dr. Johns took pride in his profession and dedicated himself to its betterment.  Following his retirement, he and his wife, Stephanie and their Golden Retrievers, moved to Fountain Hills, Arizona where they enjoyed the peace and beauty of the area for over ten years before moving to Goodyear, Arizona.

Dr. Johns was a loving and dedicated Husband, Father, and Grandfather.  He was proud of his children and his grandchildren.  He always shared credit for this with their mother and grandmother, Barbara.

Dr. Johns was preceded in death by his oldest daughter Linda Marie Bradley (Douglas) of Stow, Ohio.  He is survived by his wife, of 32 years, Stephanie Behrie Johns and by his two remaining children John Bernard Johns (Jenny) of Carmel, Indiana and Diane Johns Gilger (Mikal) of Wadsworth, Ohio: Grandchildren, MacKenzie Bradley, Sam and Maggie Johns, and Taylor and Madison Gilger.  Dr. Johns is also survived by brother, Michael J. Johns of Aurora, Ohio and sister Mary Ann Koncal (Ron) of Columbus, Ohio and a host of relatives and friends.

Offer Hugs From Home Condolence for the family of JOHNS, JOHN C., M.D.