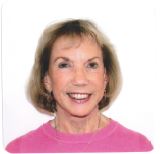 Donna Lee (Church) Johnson, 75, of Scottsdale, Arizona, passed away peacefully at home on Monday, April 20, 2020, surrounded by her loving family and friends after a courageous year and a half battle with leukemia. She was born June 9, 1944, in Green Bay, Wisconsin, to William Morrisey Church and Eloise Tuyls Church. Her baptismal name was Madonna Magdalene Mary. Upon birth, she inherited a passionate loyalty to the Green Bay Packers, for which she eventually became a shareholder.

Although growing up with her cousins in Green Bay, Donna eventually graduated with honors from Shenandoah High School, Iowa, in 1961. She graduated from the University of Arizona in 1965, where she was President of Chi Omega Sorority and Treasurer of Association of Women’s Students. She was also selected for Spurs, Mortar Board and Chimes. Afterward, Donna started a long teaching career, first at Salpointe Catholic High School in Tucson, Arizona, then later in Alta Loma, California. She obtained her Master’s Degree from the University of Riverside. After raising her children and eventually moving to Scottsdale, Arizona in 1995, Donna had a long and memorable career as an instructor at Scottsdale Community College until her retirement in 2015.

Donna enjoyed playing tennis and was an accomplished bridge player, with 1,030 masterpoints. While living in California, Donna was active in multiple charitable activities, including the National Charity League, the National Assistance League, and as a committee member to Boy Scout Troop 623. Donna loved to travel around the world and was also a regular at the Pageant of the Masters Art Festival every Summer, a tradition that she has passed down to her children and grandchildren.

Donna’s true dedication and loyalty was to her children and grandchildren, where she rarely missed any activity ranging from soccer, volleyball, and basketball games to tennis matches to piano recitals (in-between her own bridge games). Donna was a parishioner at St. Peter and St. Paul’s Catholic Church in Alta Loma, then St. Patrick’s in Scottsdale, while regularly attending masses with her family at Our Lady of Perpetual Help in Scottsdale and St. Francis Xavier in Phoenix.

Donna is survived by her children, Robert (Raegen) Johnson, Jennifer (Michael) Lum Lung, and Brett (Heather) Johnson; her ten grandchildren, William, Maddie, Alex, Annemarie, Robert, and Patrick Johnson, and Kate, Lauren, Jack, and Caroline Lum Lung; along with nephew, Sean Robinson, and niece, Erica (Robinson) Brown, and many other relatives in Wisconsin whom she loved dearly. She is also survived by her life partner, Harry Corbin, who she loved and cherished until her last moments and who she is most certainly looking forward to discussing past and future bridge games when they meet again.

She was preceded in death by her parents; brother, John William Church, and her special cousins, Mary Atkinson and Carol Ebel.

A memorial service in Arizona and a burial service in Green Bay, Wisconsin, will be announced at a later date. A private viewing was held on Thursday, April 23, 2020 at Whitney & Murphy Funeral Home, 4800 E. Indian School Road, Phoenix.

In lieu of flowers, the family suggests a memoriam in Donna’s name to the National Shrine of Our Lady of Good Help, Champion, Wisconsin, at www.championshrine.org.

The family wishes to express their sincere appreciation to Dr. Clayton R. Polowy, MD Anderson Hospital (Houston), and all the caring health professionals who supported Donna through her courageous battle.

Offer Hugs From Home Condolence for the family of JOHNSON, DONNA LEE (CHURCH)