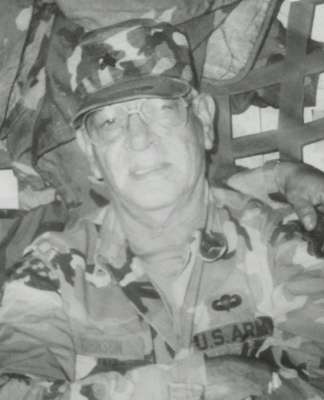 Eddie was born in Phoenix, Arizona on March 28, 1930 and passed away peacefully on May 5, 2017. He is survived by his wife of 65 years, Amelia G. Johnson and children Juli A. Glascock (Bob Glascock) and Vincent P. Johnson (Heidi Klomhaus), his eldest son Edward P. Johnson (Arnelda Johnson) preceded him to Heaven. He was a loving grandfather to David R. Glascock (Brenna Tonelli), Christopher E. Glascock, Amy J. Malofy (Robyn Malofy), Edward A. Johnson II and Isabella R. Johnson. He was also great-grandfather to Grayson M. Glascock. He was a loving brother- in-law, uncle, friend and confidant to many. Eddie was born in Arizona to Margarita Almazon Rodriguez. He was the youngest brother of Enriqueta (Keta) Diaz, Jose (Joe) Rodriguez, Manuela (Nellie) Romero, Luis (Louie) Rodriguez, Lucia (Lucy) Gonzalez, Jenny Rodriguez, who are all saving him a place in Heaven and surviving sister, Gloria Maldonado. Gloria is currently a resident of Arizona. He proudly served in the Korean War with the 11th Airborne Division; he made 2 combat paratroop jumps over hostile territory in North Korea. He is a retired member of the Arizona Army National Guard and Arizona Department of Transportation. In his younger days, Eddie enjoyed fishing and camping with family at Arizona lakes and especially at Oak Creek Canyon.   Vigil will be from 5:00 – 8:00pm with a Rosary at 7:00pm, Sunday, May 14, 2017 at Whitney & Murphy Funeral Home, 4800 E. Indian School Road, Phoenix. Funeral Mass will be celebrated at 10:00am, Monday, May 15, 2017 at St. Gregory Catholic Church, 3424 N. 18th Avenue, Phoenix, AZ 85015. He will be interred at St. Francis Catholic Cemetery, 2033 N 48th Street, Phoenix, AZ 85008. A reception will follow the burial at Whitney & Murphy Funeral Home.

Offer Hugs From Home Condolence for the family of JOHNSON, EDWARD A.