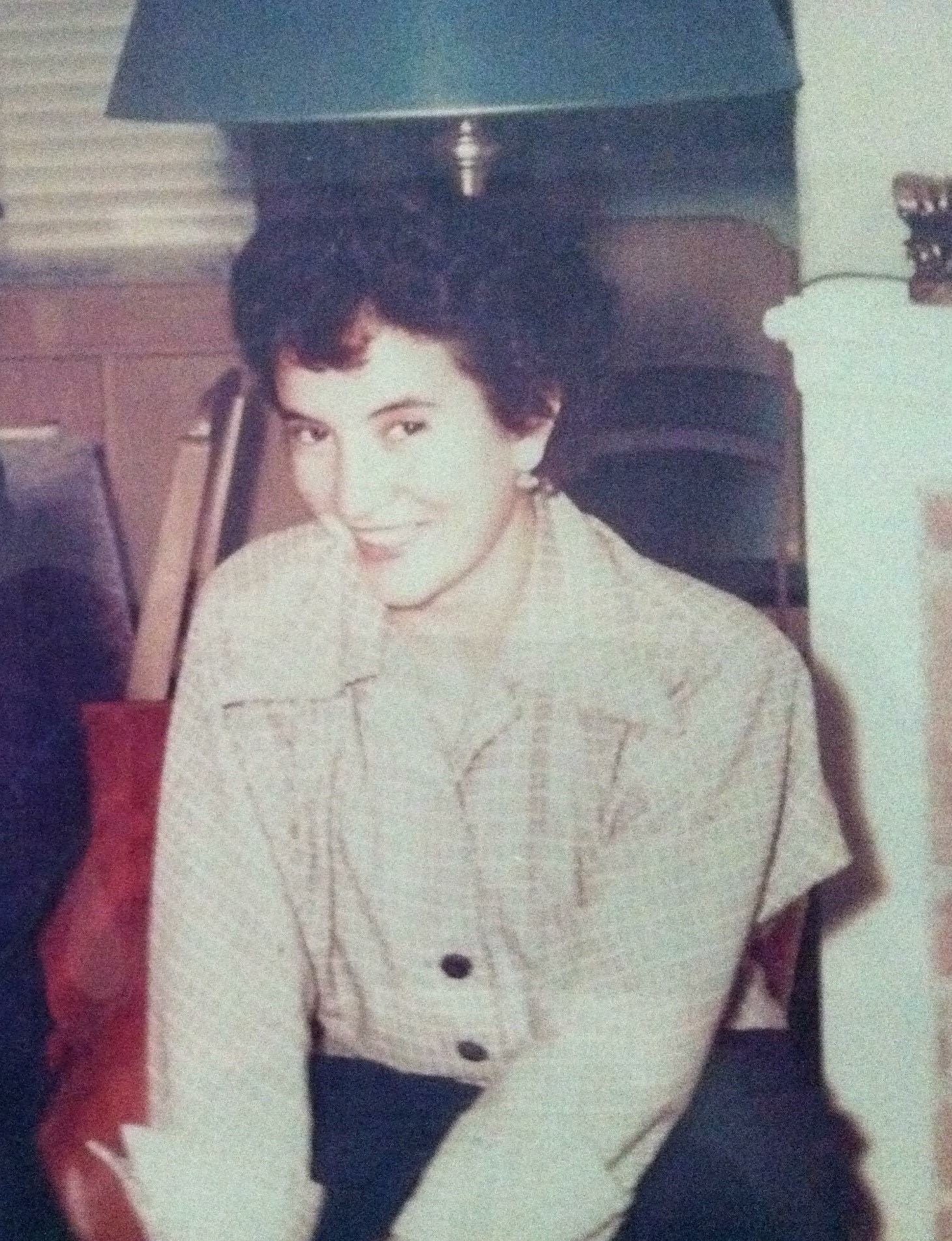 Nieves (Nevie) Suarez Johnson, 91, passed away Dec.21st 2018 in Tucson, AZ. Born June 3rd, 1927 in Miami, AZ to Spanish immigrant parents Jose and Maria Suarez, Nevie was the youngest and last surviving member of an extraordinary and close family of 3 brothers, Mali, Mitch and Len, and 2 sisters, Tina and Juanita. Inspired by her brother Molly, Nieves earned degrees and a Master Degree from Arizona State Teachers College at Arizona State University, which made her a passionate lifelong Sun Devil’s football fan. She had an innate love of life and exploration coupled with a complete lack of fear which led her to venture out on her own as a young woman to live and study in Mexico City and Hawaii. Shortly after college she again traveled solo to her beloved Spain for the first of many trips there. She taught elementary school in Phoenix, then put her teaching career on hold to be a mother of two after marrying Ralph Johnson in 1959. She resumed her teaching career at Liberty Elementary School near Buckeye, AZ for many years before retiring in 1995 as a favorite amongst both students and fellow teachers. Throughout her life she joyfully gave her time and talents to organizations such as Delta Kappa Gamma, Avondale Women’s Club, St. Gregory’s and had a special place in her heart for St. Vincent de Paul where well into her 80’s she translated and processed paperwork for people needing medical care. Along with many other attributes, the spirit of volunteerism inspired her children and grandchildren to follow her example. During her 91 years she lived a life filled with love, laughs, dancing and worldwide adventures with her beloved sisters, her children, grandchildren and great grandchildren. She was blessed with great health until the last two weeks of her life when an illness gently laid her to rest. She is dearly remembered by her children Marcella Schannep, (Bart) Larry, 4 grandchildren, 7 great grandchildren and cherished nieces, nephews and cousins in both the United States and Spain. The family is tremendously grateful to Dr. Steve Ruffenach and the staff at Oro Valley Hospital and the wonderful care given at Casa de Luz Hospice.
Visitation will be held Friday, January 4th, 2019 from 6:00 – 8:00 P.M. (Rosary at 7 p.m.) at Whitney & Murphy Arcadia Funeral Home, 4800 E. Indian School Road, Phoenix. Funeral Mass to be held Saturday, Jan 5th, 2019 at 10:00 A.M. at St. Gregory’s Catholic Church, 3424 N. 18th Ave., Phoenix. In lieu of flowers, contributions may be made in her memory to St. Vincent de Paul Medical Clinic, P.O. Box 13600, Phoenix, AZ 85002 or www.stvincentdepaul.net/give

Offer Hugs From Home Condolence for the family of JOHNSON, NIEVES SUAREZ