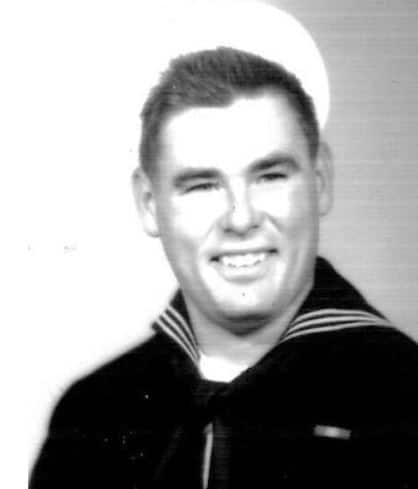 James Thomas Johnston (Bill) was called to the Lord on January 13, 2021. Bill was born on January 14, 1934 in Prescott, Arizona. He had a brother and sister and is survived by sons Tony (Rosemary) Johnston, Tim (Melinda) Johnston, daughter Tammy (Keith) Vanderbeek and siblings Dick and Barbara, as well as 4 Grand Children and 1 Great Grand Child. He attended St. Mary’s High School in Phoenix Arizona. Bill joined the Navy on July 16, 1955 and was a member of the Seabees. He was a veteran of the Korea War. He then married Kathleen Marie Lorts on June 17, 1961. They moved to Flagstaff in 1966 and he started working for Lowell Observatory. Bill went on to work for Mac Corporation, W. L. Gore and retired with Ralston Purina. Bill enjoyed model trains as a hobby. Bill belonged to a number of organizations that included The Knights of Columbus, The Navy Seabees, and Model train clubs. Bill was also a founding member of the Moose Club in Flagstaff. He later moved to Chino Valley in Prescott Arizona and then moved back to Phoenix. Bill is proceeded in death by Kathleen Marie Johnston and his parents Thomas Johnston and Leonella Burns and sibling Barbara.
The Memorial Service will be held on Friday, May 14, 2021 at 10:00 am at Whitney & Murphy Funeral Home at 4800 E. Indian School Rd, Phoenix, AZ. 85018.
Interment Service will be held on Friday, May 14, 2021 at 1:00 pm at 23029 N. Cave Creek Rd. Phoenix, AZ. 85024.

Offer Hugs From Home Condolence for the family of JOHNSTON, JAMES THOMAS