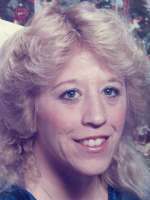 Debra Jones, 53, of Phoenix, Arizona was called home on December 11th, 2012. She was born in Chicago, Illinois on January 31st, 1959 to Gordon and Louise Kamus. Debra is survived by her husband Sonny of 23 years, daughter, Angelique Jones, and brother, Dean Kamus. She graduated from Glendale High School and went on to become a teacher and nanny. She will be long remembered as a devoted wife, mother, and sister. A Funeral Service will be held on Saturday, December 29th, 2012 at 2:30 PM at Whitney & Murphy Funeral Home, 4800 E. Indian School Road, Phoenix. In lieu of flowers, the family requests donations are made to American Diabetes Association, 5333 N. 7th Street #B212, Phoenix, Arizona 85021.

Offer Hugs From Home Condolence for the family of JONES, DEBRA