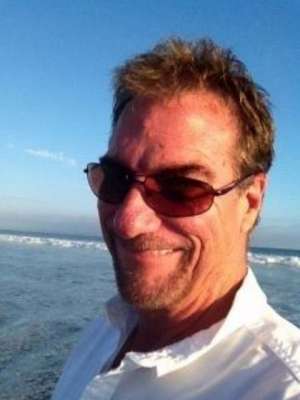 59, of Prescott, AZ, passed away on March 12, 2016 from complications of laryngeal cancer. He was the son of Marianne and Fred Jones.  Graham was born in Phoenix, Arizona on December 19, 1956. He attended Brophy College Prep, Fort Lewis College and the University of Arizona. His career in marketing, advertising and graphic arts moved him to the beach cities of California, then back to Phoenix and Prescott. He is survived by his two sisters, Ann (Pete) Scardello, Trish Padelford, 3 nephews, 2 nieces, 9 grand-nephews and nieces and his beloved dog, Cutter. A Memorial Service will be held at 3:00 P.M. on Saturday, March 19, 2016 at Whitney & Murphy Funeral Home, 4800 E. Indian School Road, Phoenix, Arizona.

Offer Hugs From Home Condolence for the family of JONES, FREDERICK GRAHAM “GRAHAM”