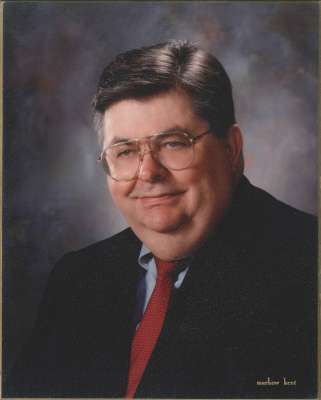 William R. Jones, Jr., 78, of Phoenix, AZ passed away on May 7, 2017. Bill was born on January 9, 1939 in Somerset, Kentucky and was raised at the knee of his “country lawyer” father William R. Jones, and mother Jane Kemper. Bill went on to earn his undergraduate and law degrees at the University of Michigan at Ann Arbor. Upon graduating, Bill moved to Phoenix to begin his legal career with Jennings, Strouss, Salmon, and Trask, where he thrived in the courtroom, trying over fifty civil jury cases in his first ten years of practice. He represented a diverse range of clients, including the state of Arizona, the city of Phoenix, and the major state universities; became a respected leader in general liability law; and was the first Chairman of the Arizona State Bar Workers’ Compensation Committee. With Ninth Circuit Judge Ozell Trask, Bill overhauled the workers’ compensation statutes and helped write Arizona’s Workers’ Compensation Rules of Practice. In 1974, Bill became a senior partner in the law firm of Jones, Teilborg, Sanders, Haga, and Parks until 1983, when Bill and others formed Jones, Skelton, and Hochuli. In the last 34 years of his career at JSH, Bill focused his practice on representing hospitals and physicians in the medical malpractice arena, was certified by the Arizona Board of Legal Specialization in Personal Injury and Wrongful Death Litigation, and successfully tried over 250 civil jury cases in Arizona and other states.   Over the course of his distinguished career, Bill held many professional leadership positions, donated his time to many legal associations, and was the recipient of a host of prestigious awards. Bill was State President of the American College of Trial Lawyers (1991 to 1993), a Diplomate for the American Board of Trial Advocates, a frequent lecturer for the American Board of Trial Advocates, and an Adjunct Professor at Arizona State University. He was also the recipient of the Samuel E. Gates Litigation Award from the American College of Trial Lawyers (2003), and was voted the 2014 Best Lawyers Lawyer of the Year for Phoenix Medical Malpractice Defense. Bill is survived by his wife, Ellie; sister Margaret Kobler; cousin Nancy Jo Kemper; children William R. Jones III and Lisa Campodall’Orto; and four grandchildren, Max and John Campodall’Orto and Brynn and Patrick Jones. He will be sorely missed by his family, partners and friends at JSH, and the entire Arizona legal community. Funeral Mass will be celebrated at St. Francis Xavier Church, 4701 N. Central Avenue, Phoenix on Thursday, May 25, 2017 at 10:00 a.m.  In lieu of flowers, contributions may be made in Bill’s name to UMOM New Day Centers, 3333 E. Van Buren Street, Phoenix, AZ 85008. The Veterans Programs were especially dear to Bill’s heart. Arrangements entrusted to Whitney & Murphy Funeral Home.

Offer Hugs From Home Condolence for the family of JONES, WILLIAM RUSSELL JR.